The 49ers are once again hoping their backup quarterback can step up after a season-ending injury to their starter. Trey Lance went down in Week 2, but San Francisco at least had Jimmy Garoppolo to take over. He played well under center but suffered a broken foot on Sunday.

Now, the 49ers have to turn to Mr. Irrelevant from this year’s draft, Brock Purdy, or someone from outside the organization. Purdy played well in relief on Sunday, so perhaps there’s a path to success with him starting.

Al Sacco, Zain Naqvi, and Brian Renick of the Audacy Original Podcast “49ers Webzone: No Huddle Podcast” talked about Purdy’s potential and what the 49ers should do at quarterback moving forward.

“It’s time to rock with Brock because that’s what we’ve got” Renick said (3:03 in player above). “So let’s start to look at the positives because there were a lot on Sunday. I was very impressed.”

“When I was watching Purdy I was so impressed with the poise that he had,” Sacco said. “He really did look like a vet out there.”

Purdy finished the game with some rather impressive numbers for Mr. Irrelevant. He completed 25 of 37 passes (67.56%) for 210 yards with two touchdowns and one interception. But that interception was actually a net positive in terms of field position.

“The only mistake wasn’t even a mistake. It was a fourth-down throw that he just threw out there,” Sacco said. “It was like a punt in a lot of ways. Really a veteran move from your seventh-round rookie, from Mr. Irrelevant, who I think at the end of the year will be Mr. Relevant one way or another he’ll be relevant.”

The guys also talked about something that may fly under the radar a bit with Purdy. While Garoppolo prefers to play out of the shotgun and not turn his back to the defense, Purdy is more willing to go under center and run play-action plays.

Kyle Shanahan has molded his offense around Garoppolo’s skill set, but perhaps having Purdy in there can open up the playbook – especially with the weapons the 49ers have.

The 49ers’ quarterback situation is going to be one to keep a close eye on the rest of the way. They have the defense and pieces around the quarterback to be a Super Bowl contender, so we’ll see if Purdy or an addition from outside the organization can complete the puzzle. 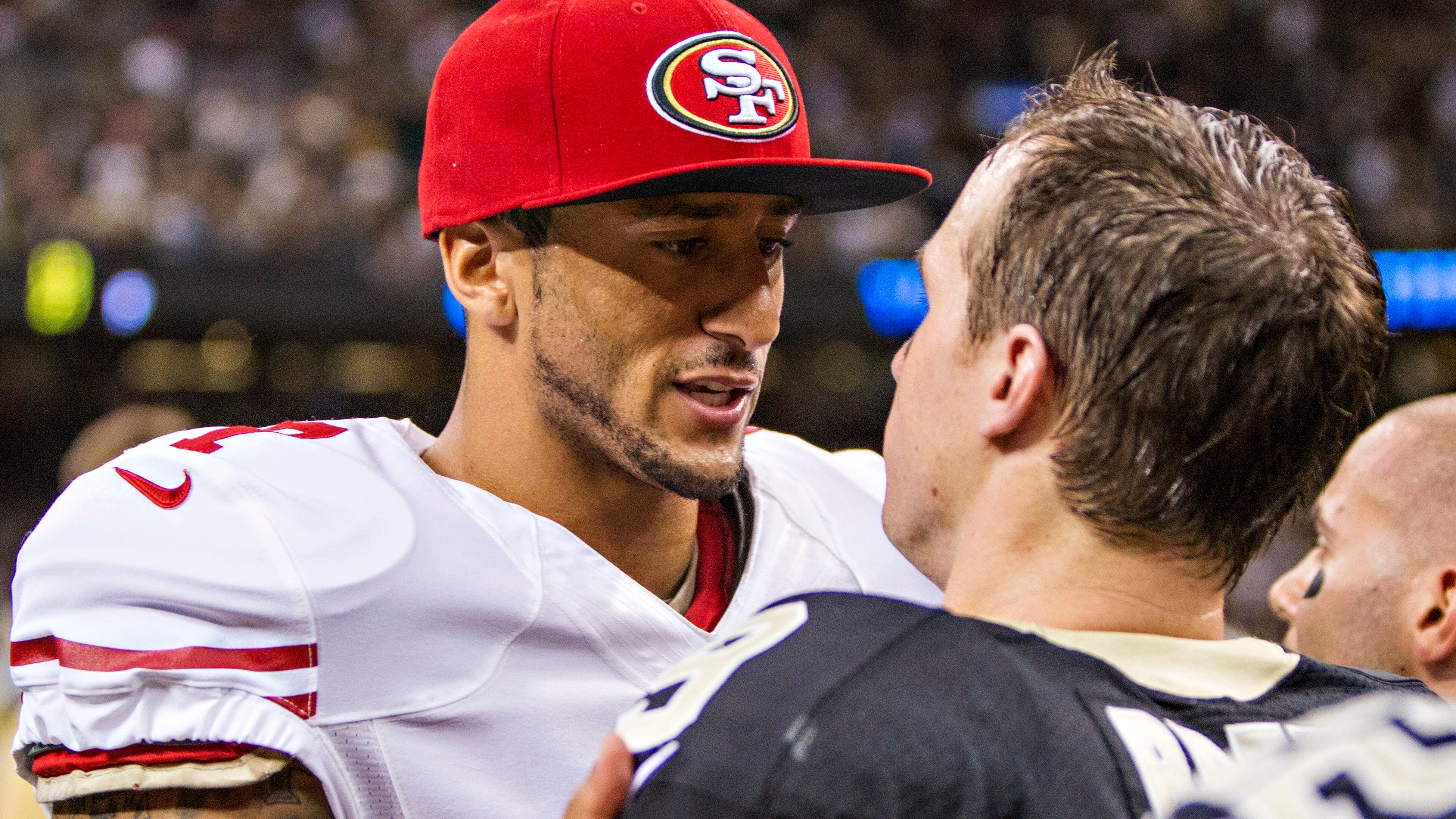 Could 49ers talk Drew Brees out of retirement or give Colin Kaepernick a call?