What are we doing here?

Down 29-7 in the third quarter, Ahkello Witherspoon picked off Kirk Cousins to give the Steelers the ball back.

The only problem is Witherspoon and several of his teammates ran 50-yards to the end zone to celebrate…down 22 points!

Again, what are we doing here?

The Steelers defense did keep the Vikings off the scoreboard for much of the second half, allowing one touchdown, but the first half, the run defense was dreadful.

That’s nothing to celebrate.

Steelers should make a statue of this outside of Heinz Field and leave it up until they win another Super Bowl. pic.twitter.com/uCDMHYzf1c

Where is the accountably? You’re not getting it from much of the defense, except for veterans Cam Heyward and Minkah Fitzpatrick, who continue to set the example of professionalism.

After the game, Cook told FOX Sports’ Erin Andrews that even she could’ve ran through the Steelers run defense.

The accountability doesn’t seem to be coming from the coach.
After the game, Mike Tomlin said they “won’t be bashful about turning the stones over” meaning they’ll make changes on the field where necessary.

That was followed up with a question about possible changes to the coaching staff.

“A coach hasn’t made a play, sustained a block, made a tackle, I know I haven’t in a long time,” said Tomlin.

As The Fan’s Morning Show co-host Colin Dunlap said on Friday morning, Tomlin needs to at least meet us half way. We know he’s not going to throw offensive coordinator Matt Canada under the bus, but he could at least recognize there are coaching mistakes being made.

Put on top of all that, wide receiver Chase Claypool’s multiple poor decisions including an unnecessary roughness penalty, that got him briefly benched, and a baffling first down celebration that cost the Steelers several seconds at the end of the game. 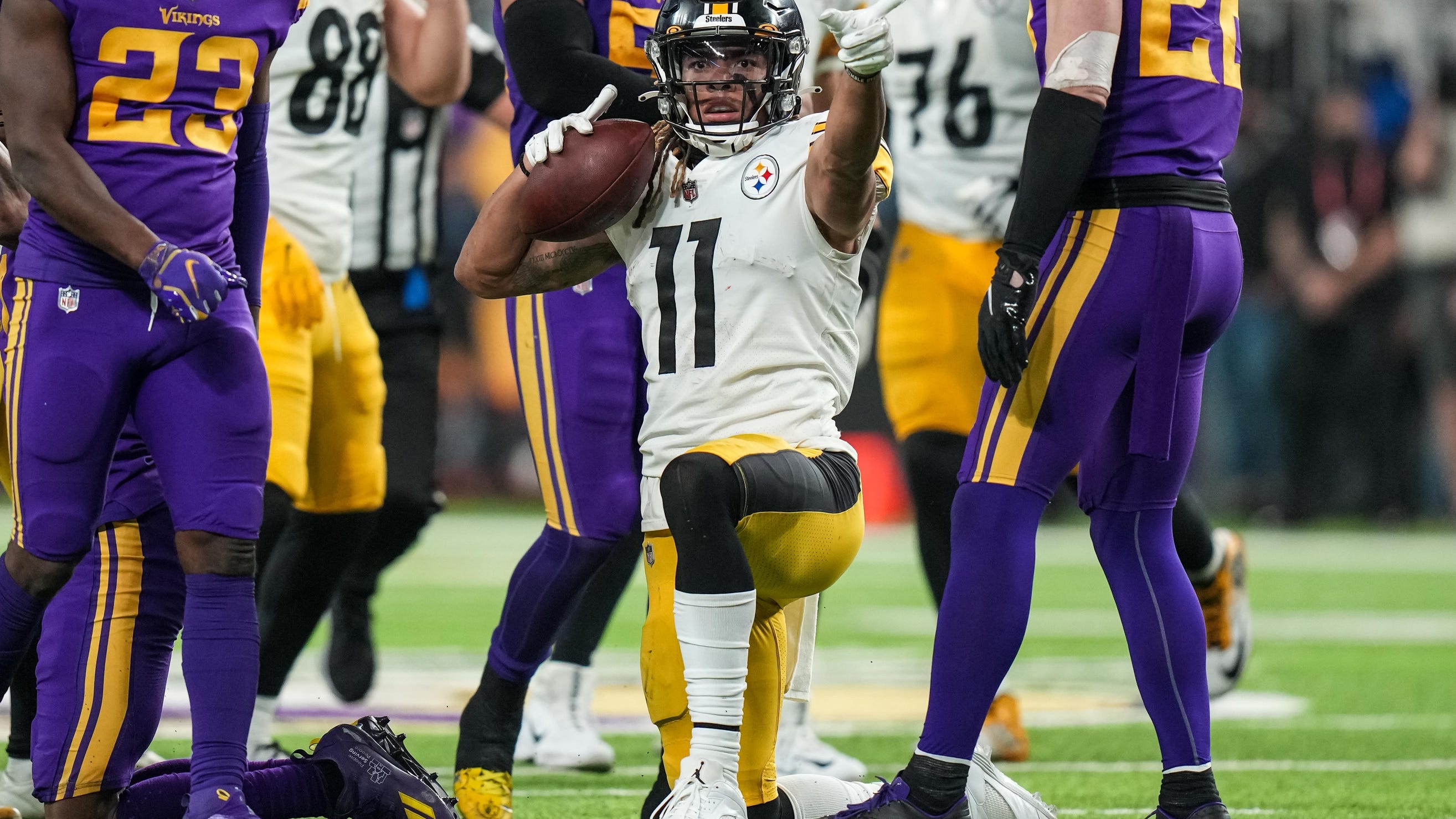 Again it’s not everyone. After scoring the team’s first touchdown of the game, rookie Najee Harris handed the ball to the referee and jogged off the field, because they were down by 23.

Harris read the room, knew the situation. But there are too many players that are not following suit.