Next weekend, many Americans are going to make wagers on the Super Bowl, including some bets on the performances of individual athletes.

Proposition bets — also known as prop bets — are wagers that are not directly tied to the final score or final outcome. Almost anything other than the moneyline, point spread, and total can be considered a prop bet.

These types of bets are becoming more and more popular with every passing football season, but they are most in demand during the Super Bowl. Think of bets like who will score the first touchdown, the coin toss result and, what color the Gatorade dumped on the winning coach will be as examples.

BetQL has predictions on the side, total, and all top player props for Super Bowl LV. Sign up with BetQL today and become a better bettor!

Most sportsbooks limit the amount of money that can be bet on player props to lessen the likelihood that cheaters would try to make a huge profit by conspiring with a player or referee to manipulate the outcome of such a bet. 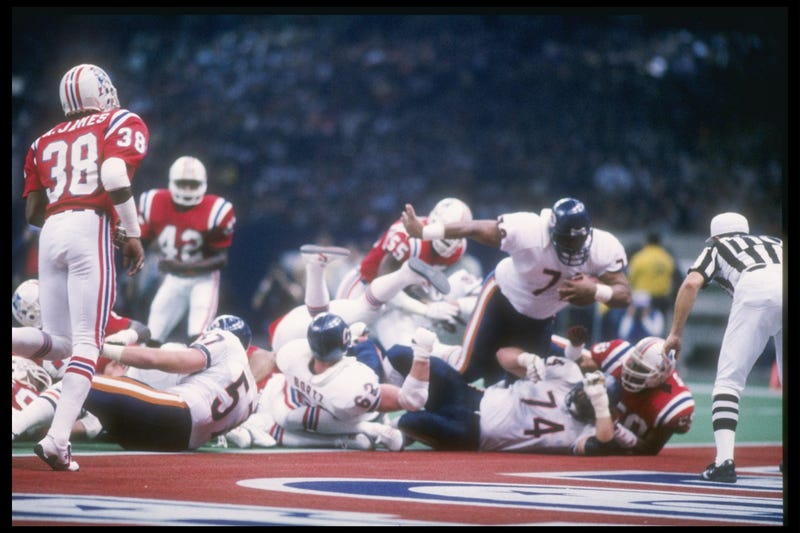 So how did this phenomenon begin? Before we get to the inventor, let’s talk about the prop that started the revolution. We travel back in time to January 26, 1986, when the Chicago Bears were playing the New England Patriots in Super Bowl XX.

Looking back on the game as a whole, it was a blowout from the jump. But, from a gambler’s point of view, there was a lot at stake in the second half, not on the side or total, but on a William Perry prop bet.

Late in the third quarter, the Bears were up 37-3 and had the ball at the 1-yard line. You’d think that was time for Chicago’s legendary running back Walter Payton, who hadn’t scored yet, to get his first Super Bowl touchdown. That result would’ve capped off one of the most dominant seasons by both player and team in NFL history.

But, much to everyone’s surprise, it was at that moment that a 350-pound defensive tackle named William “Refrigerator” Perry came trotting onto the field. The ball was snapped, Payton was relegated to be a decoy, and Perry took the handoff and plowed his way into the end zone for a touchdown.

Gamblers watching in Las Vegas casinos cheered in joy as the “Fridge” crossed the goal line. And, that, ladies and gentlemen, is when the Super Bowl proposition bet was born.

An idea is born

The idea behind the prop bet started 35 years ago when Art Manteris, (currently Vice President at Station Casino) who ran the Caesars sportsbook in the mid-1980s, was looking for a way to attract more casual fans to bet on the Super Bowl.

At the time, the Bears were the best team in football, and Manteris believed a prop bet involving Chicago’s huge defensive player nicknamed “The Fridge” would allure average fans. The rookie had flair and appeared on David Letterman which made him a public figure. Perry’s charisma even got him featured in Coke Classic commercials, which garnered him appeal to a larger audience.

During the ‘85-’86 season, the Bears were demolishing teams so badly that their coach at the time, Mike Ditka, brought in Perry on offense to carry the ball at the goal-line. In fact, the Refrigerator had scored three touchdowns in the regular season as a goal-line fullback, which is what gave Manteris the idea to offer the first-ever Super Bowl prop bet.

As with any bet the books put out, it was risky, but Manteris and his team felt fairly confident Perry wouldn’t score against the Patriots. Because of the slim chances of it occurring, and since Perry hadn’t carried the ball in two months, Manteris set the line at 20-1 for the Fridge to score a touchdown in the Super Bowl.

Legendary oddsmaker Jimmy Vaccaro followed suit, putting up the same line an hour later at the MGM. Soon after, other Las Vegas sportsbooks also offered the prop. The wager was so popular it was quickly bet down from 20-1 and closed around 2-1 before kickoff.

The books took a beating on the wager but Super Bowl prop betting was born.

While Manteris was the first to offer a Super Bowl prop, many say it was long-time oddsmaker Jay Kornegay who is responsible for advancing the proposition betting market to where it is today. Kornegay, who is now the Vice President of Race and Sports Operations at the popular Las Vegas SuperBook, wanted to make Super Bowl Sundays more exciting.

The oddsmaker says prior to in-game wagering, Super Bowls were decided early, so betting a side was pretty anticlimactic.

“During the early 90’s we were seeing the Super Bowl was a blowout each and every year,” he said. “We could see it in the crowd and by the time the second half came around, people were bored.”

From 1984 to 1997, 11 of the 14 Super Bowls were decided by 13 points or more. Only three games over that span went late into the fourth quarter with the outcome still in doubt. That is why Kornegay and his team had to think out of the box, which is what led them to expanding the Super Book’s prop menu.

The tipping point came in the 1995 Super Bowl when the San Francisco 49ers squared off against the San Diego Chargers. The Niners closed as a record 19.5-point favorite and ended up covering 49-26. To generate more interest in such a one-sided matchup, Kornegay decided to increase the amount of prop bets his sportsbook offered.

“We knew who was going to win, and at the time, most books offered 20 to 30 props,” Kornegay said. “We decided to expand that menu to offer over 100 different props to keep people entertained and vested in the game, and it was very popular off the bat.” 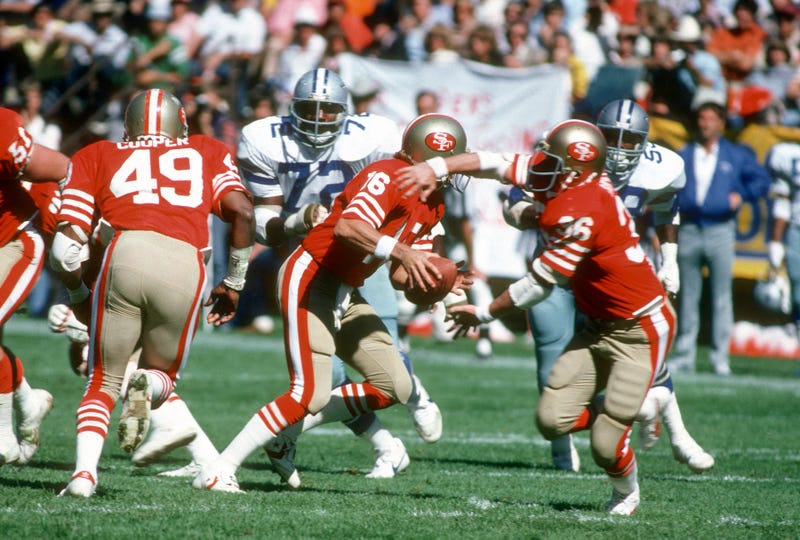 Kornegay and his team expected the 1990 Super Bowl between the 49ers and Denver Broncos to be a blowout, so they wanted to create a prop that kept every gambler involved until the final whistle.

“We started thinking of propositions as a way to keep people interested in the game," Kornegay said. "We wanted to keep their attention until the very end, regardless of the score."

To try something new, Kornegay created a prop that went beyond just football. Michael Jordan and the Chicago Bulls were gaining notoriety at the time, so the oddsmaker had the perfect light bulb moment. He created: Who would score more points that Super Bowl Sunday, the Niners or Michael Jordan?

The 49ers ended up outscoring His Airness 55-39, cashing for San Francisco backers that Sunday. The prop was a huge hit with bettors, and that is how the cross-sport prop bet was born.

“We certainly don't take credit for inventing the prop bet, but we were famous for expanding the menu and crossover games,” Kornegay explained. “The Niners vs. MJ one took off like a wildfire, which led to crossovers becoming so popular.”

Will “Slash” Run or Pass? 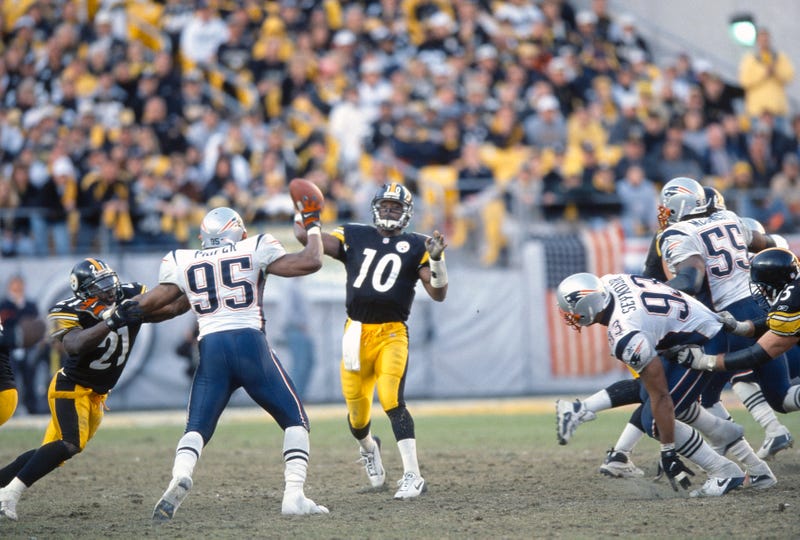 While Kornegay has offered thousands of props in his career, there is one that he says will always stick with him.

The team at the SuperBook was expecting another one-sided affair, so they wanted to spice things up and put out a Stewart prop.

“Would he have a passing attempt, rushing attempt and a reception?” Kornegay said. “I believe it happened only once or twice during the regular season, so we made the No -220 and it was +180 on the Yes.”

The oddsmaker states that there was so much action on the Yes that the odds flipped to where the Yes was -300 by kick-off.

That wasn’t the part that made the bet memorable.

“He [Stewart] had caught a pass early and had rushed once, so the only thing left was for him was to pass,” he remembered. “Then, in the fourth quarter with the game already in hand, Pittsburgh brings in “Slash” and we’re like ‘oh here we go’ because of all the liability we had.”

Kornegay states that the book had a ton of money riding on just that prop alone. Almost as much as a regular season NFL decision, he recalled.

“It felt like everyone in the room had the yes,” Kornegay explained. “So Slash took the snap, rolled to the right, cocked his arm to throw it, and then he didn't, and tucked and ran instead.”

Kornegay said he’ll never forget the gamblers going crazy and their "oohs and ahhs" from the cock back to the run.

“That moment will always live in my memory bank,” he smiled. 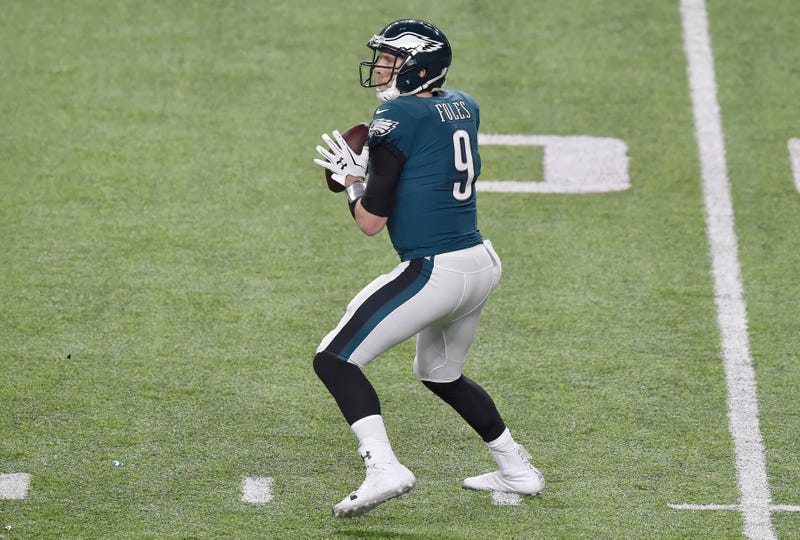 While Kornegay reminisces the Kordell prop fondly, he also remembers one that didn’t go their way.

It was when the New England Patriots faced off against the Philadelphia Eagles in Super Bowl LII. The Nick Foles led Eagles went on to upset the Patriots 41-33, and it was the first time since 1995 his sportsbook didn’t come out on top in proposition bets.

He points to the high scoring as the main reason, but a prop that caused the books to lose was one of the most famous plays in Super Bowl History, “The Philly Special.”

Going into the game, Nick Foles was +800 to score a touchdown.

“Everything was going against us in that game,” Kornegay stated. “The more crazier things that happen in a Super Bowl, the more books suffer, so when a QB scores, it's fun for the public but hurts the books.”

Kornegay mentioned that most bettors that do props always bet the “Yes” on pretty much every single player scoring a touchdown in the game, but this time was different, which was a huge liability for their book.

“We had so much money on that bet that I said ‘I swear if Foles scores a touchdown, I'm not watching the rest of this game,’” he said. “He scored two plays later.”

I asked if he finished watching the game after that play, to which Kornegay replied, “of course.”

Which brings us to today. From the sportsbooks to your friend’s pools, when it comes to gambling, props dominate the Super Bowl. Prop bets are gaining even more notoriety due to the legalization of gambling in multiple states across the country.

The SuperBook is known to release their prop menu the week before Super Bowl Sunday, and it's always met with long lines and media coverage. Making odds for all those props takes more time than just coming up with a side and total. It’s a lengthy process that starts well before the Super Bowl is even played.

“We start prepping weeks in advance,” Kornegay explained. “The guys get together for almost two days straight, 12 to 14 hour days just crunching numbers.”

He points out that everyone at the book contributes, from the admins to the oddsmakers, to make sure everything is 100% accurate before they release the menu to the general public.

Prop bets have become so big that Kornegay expects them to account for 65 percent of the Super Bowl handle at the SuperBook in Las Vegas this year.

“When bettors come to bet on the Super Bowl at the SuperBook, it’s mostly prop bets,” he said. “Out of every six bets they make, five will be props and one will be on a side or total.”

Props are now the driving force behind what makes the Super Bowl the most wagered on one-day sporting event in the United States every year. And, to think, all of this started with a handoff to a 350-pound defensive tackle.

Vikas Chokshi covers the gambling industry for BetQL and his written work can be found on the sports betting vertical of Radio.com. He has an extensive network of oddsmakers and appears frequently on podcasts, radio and television shows. His previous work can be found at The Action Network, VSiN, Gaming Today, Front Office Sports and The Big Lead.