The Timberwolves and San Antonio Spurs combined for a lot of points Monday night. But it was the Timberwolves all-star center Karl-Anthony Towns that did the most damage. KAT was just unstoppable.

Towns dominated all night on his way to a franchise record of 60 points and the Wolves picked up their eighth win in nine games winning 149-139.

After the game, Towns told Bally Sports North that he knew it was coming.

"I just felt good," said Towns. "It's been a long road trip, body's been worn down. When I heard Naz is out, I knew I had to get fifty. I just tried to dominate the game."

Naz Reid, the Wolves backup center, was out with bad back.

The game was marked by hot shooting by both teams. The Wolves not only got a franchise record from Towns, but the 149 points they scored is the most in team history. The Wolves have been one of the hottest offensive teams in the league since the start of January.

Towns did it inside and outside, displaying the shooting that won him the All-Star game’s three point shooting contest. Towns set the record for points by making a free throw at the 2:19 mark of the fourth. He added a long three-pointer in the fourth that also matched his career-high of seven in a game. 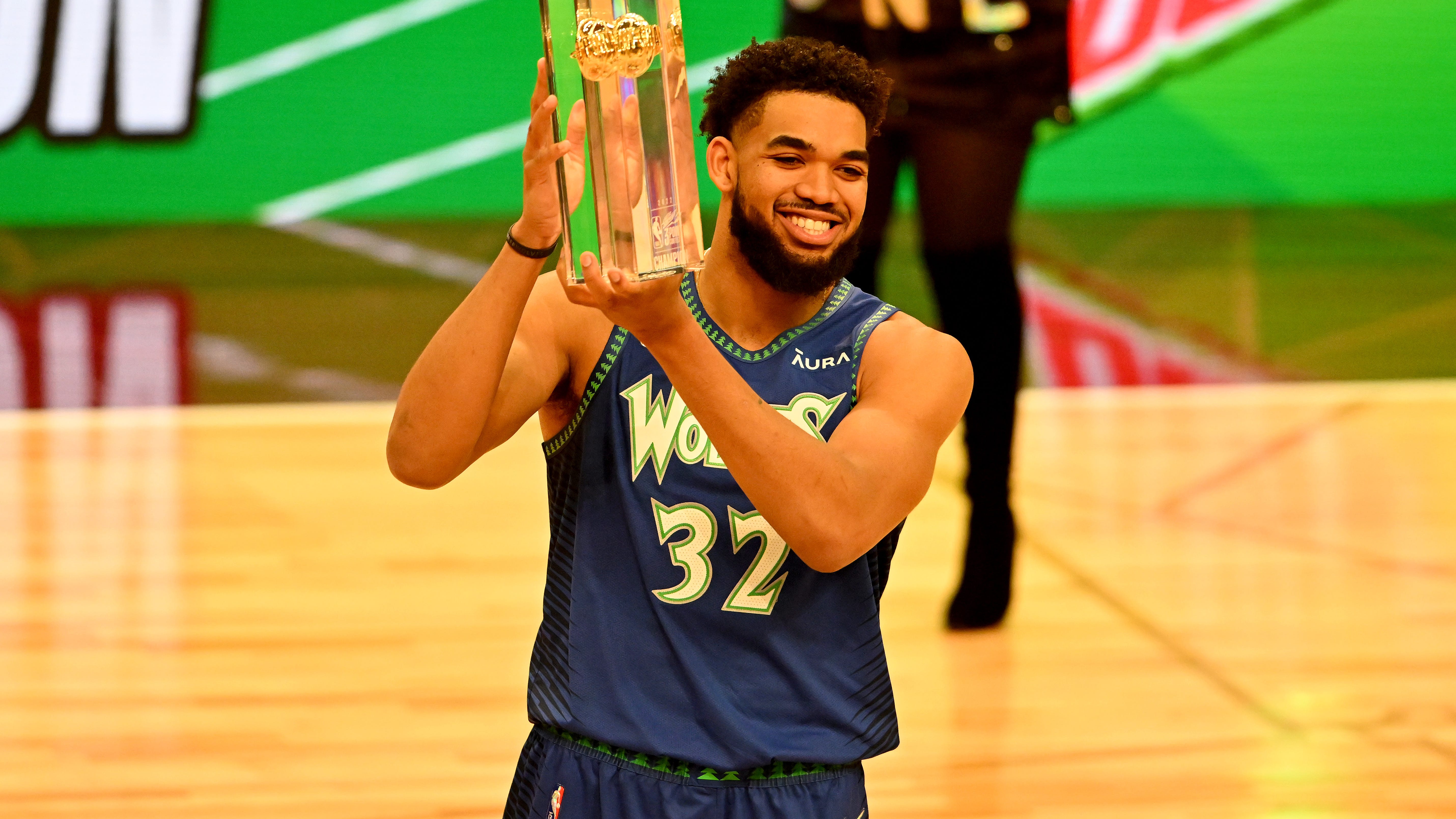 Towns may have been able to add a lot to his scoring line if not for second half foul trouble. He had to take a seat with about six minutes remaining in the fourth quarter when he picked up his fifth foul. Towns check back in with three minutes to go but only managed to score four more points.

There was certainly plenty of drama in the game for Towns who was also called for his fourteenth technical foul of the year, plus a questionable flagrant foul for kicking a leg out on a drive to the basket.

The Spurs, despite Towns’ monster night did not go quietly.  Lead by Dejounte Murray’s 30 points and 12 assists, the Spurs shot extremely well and it wasn’t until Towns took over at the end of the third quarter where the Wolves created some space and were able to coast to a victory.

The Wolves are trying to get into better playoff position.
They’re currently sitting seventh in the West which would mean they have to participate in the play-in game.  If they can catch Denver or Dallas for sixth place, they’d qualify for the first round of the playoffs.

There was one piece of bad news for the Wolves as Jayden McDaniel landed on the foot of one of the Spurs late in the game and looked like he sprained his ankle.  There’s no official word on the injury yet from the team.

Next up for the Wolves is a matchup with LeBron James and the L.A. Lakers Wednesday night at Target Center. The Lakers are one of the teams trying to catch the Timberwolves.