Justin Jefferson might play in Minnesota now, but one of his current Vikings teammates made sure he and the other former LSU stars on the roster repped UCLA blue after last weekend's result.

Current Vikings linebacker and former UCLA Bruin Eric Kendricks made the rounds to former LSU stars Justin Jefferson, Danielle Hunter and Patrick Peterson in the Minnesota locker room on Monday to make sure they were wearing the winning team's headwear.

Kendricks shared the clips to his Instagram story on Monday, each of which got a slightly different reaction. Jefferson looked up from a game he was playing on his phone and paused for several seconds before reluctantly putting the hat on.

Hunter had the most aggressive reaction, looking up from tying his shoelaces to knock the hat out of Kendricks' hand to the floor. 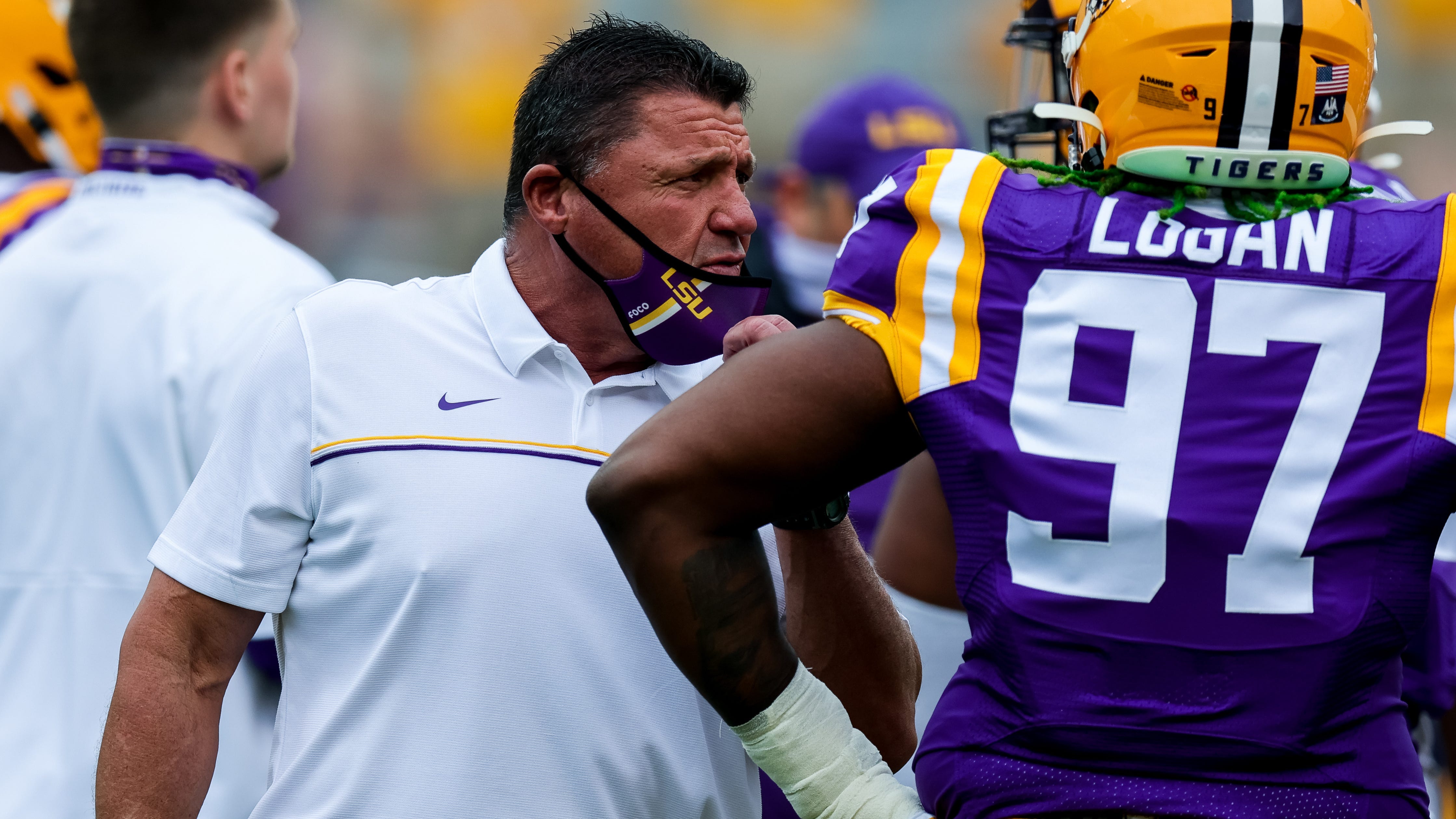 LSU's Ed Orgeron to UCLA fan: Bring it on 'in your 'lil sissy blue shirt'

But Peterson had the best comeback, initially reaching out to grab the hat before realizing what it was. He then grinned and said: "You guys happy happy you won a championship because of Week 1?"

Fair point. In Kendricks' defense, his former Bruins squad put forth an impressive showing in the 38-27 win at the Rose Bowl. And it was Tigers coach Ed Orgeron who got the noise firing early when he was spotted on camera yelling up to a UCLA fan to "bring your ass on in your 'lil sissy blue shirt."

The moment unsurprisingly went viral and, as is often the case with the internet, was not forgotten after the loss.

LSU next returns home to host McNeese State at Tiger Stadium this week. 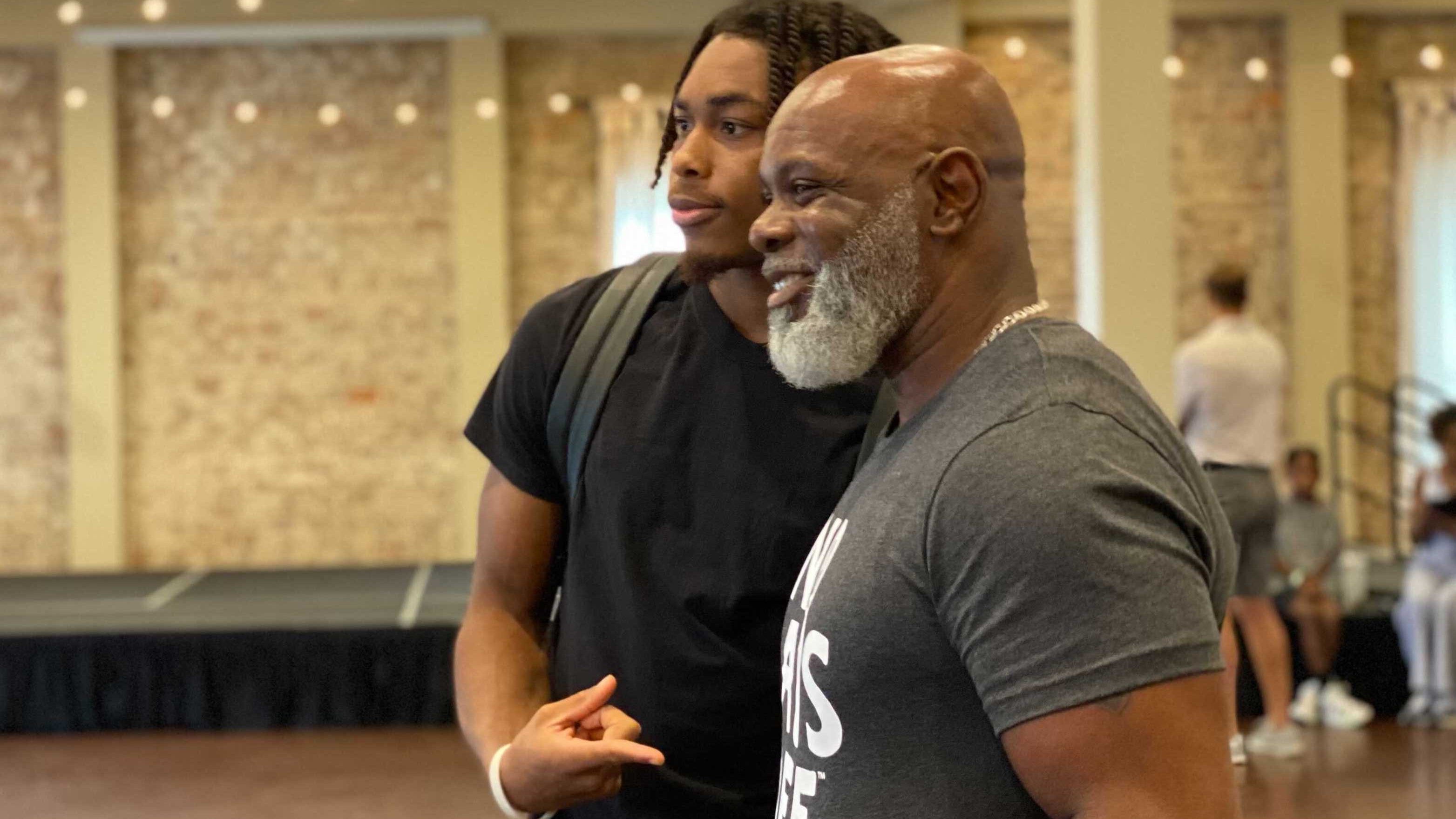 If Jefferson or his fellow LSU stars need any backup, they'll have plenty of chances to get it when they meet up with his former teammates in a handful of days. The Vikings face off with the Bengals, featuring Jefferson's former teammates Joe Burrow and Ja'Marr Chase, to open the season this week.