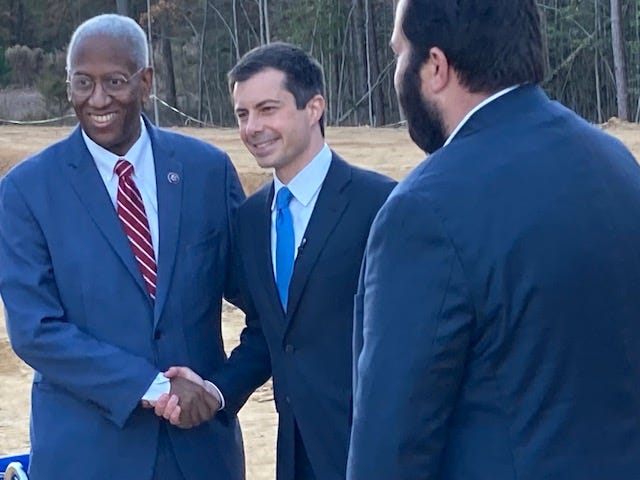 Henrico, Va. (NewsradioWRVA.com) - U.S. Transportation Secretary Pete Buttigeig took a walking tour of Jackson Ward and spoke to reporters Friday in Henrico at the construction site of the expansion of Woodman Road near 295.

Buttigieg was in the area to talk about the newly-signed-into-law infrastructure package. He says that it's a bill that was sorely needed since the U.S. recently got a grade of "C-minus" when it comes to infrastructure. Buttigieg says there are too many bridges in need of repair and there are 30 million people in the country without access to broadband internet.