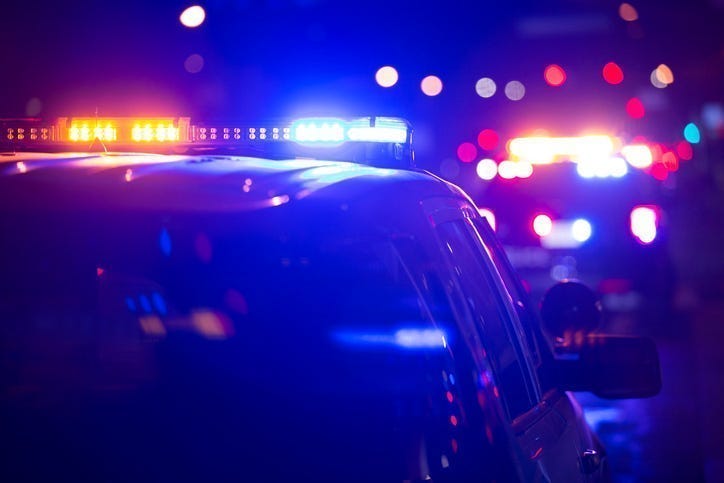 CHESAPEAKE, Va. (AP) — BREAKING: Chesapeake has confirmed the identity of the suspect as 31-year-old Andre Bing of Chesapeake. He was armed with one handgun and had multiple magazines on him, according to Police.

ORIGINAL: A Walmart manager opened fire on fellow employees in the break room of a Virginia store, killing six people in the country’s second high-profile mass shooting in four days, police and a witness said Wednesday.

The gunman, who apparently shot himself, was dead when police found him, Chesapeake Police Chief Mark G. Solesky said. There was no clear motive for the shooting, which also put four people in the hospital.

The store was busy just before the attack Tuesday night with people stocking up ahead of the Thanksgiving holiday, a shopper told a local TV station.

Employee Briana Tyler said workers had gathered in the store’s break room as they typically did ahead of their shifts.

“I looked up, and my manager just opened the door and he just opened fire,” she told ABC’s “Good Morning America,” adding that “multiple people” dropped to the floor.

Solesky confirmed that the shooter, who used a pistol, was a Walmart employee but did not give his name because his family had not been notified. The police chief could not confirm whether the victims were all employees.

Employee Jessie Wilczewski told Norfolk television station WAVY that she hid under the table and the shooter looked at her with his gun pointed at her, told her to go home and she left.

“It didn’t even look real until you could feel the ... ‘pow-pow-pow,’ you can feel it,” Wilczewski said. “I couldn’t hear it at first because I guess it was so loud, I could feel it.”

Gov. Glenn Youngkin tweeted Wednesday morning that he was in contact with law enforcement officials and said he would make resources available as the investigation moves forward.

“Our hearts break with the community of Chesapeake this morning,” Youngkin wrote. “Heinous acts of violence have no place in our communities.”

It was the second time in a little more than a week that Virginia has experienced a major shooting. Three University of Virginia football players were fatally shot on a charter bus as they returned to campus from a field trip on Nov. 13. Two other students were injured in the shooting.

“I am devastated by the senseless act of violence that took place late last night in our city,” Mayor Rick W. West said in a statement posted on the city’s Twitter account Wednesday. “Chesapeake is a tight-knit community, and we are all shaken by this news.”