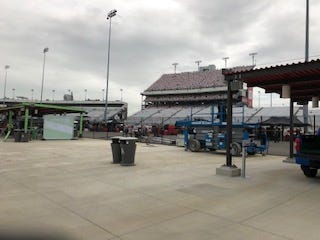 Sandston, Va. (Newsradiowrva.com) - It's race weekend in Richmond, and it will be an unusual one. For one, there will be two races on Saturday, and two, it's the first race in nearly two years with the potential for a full crowd.

Richmond Raceway President Dennis Bickmeier says masks will be required in indoors areas, like bathrooms, but otherwise, are optional. Full capacity is allowed. In April, the race was limited basically to season ticket holders, and last September, there were no fans.

Bickmeier says they agreed to host two races in one day as NASCAR looked to shake things up with the return of fans. He says operatinally, it was not a big deal, and he thinks the fans like it as well. He says ticket sales have been strong, and camping sold out.

Listen to the races here: