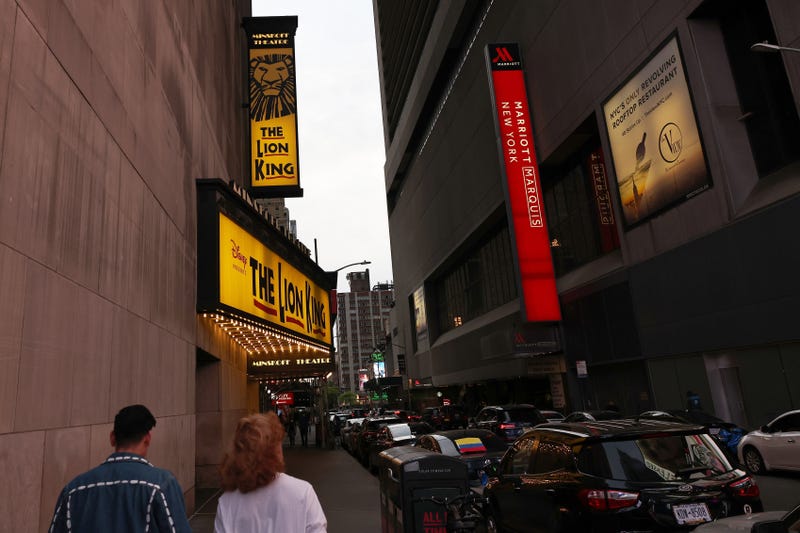 While some shows have already reopened, five big names, including “Wicked,” “Hamilton,” “Lion King” and “Chicago,” are welcoming back audiences after theaters abruptly closed on March 12, 2020, amid the worsening pandemic. Previews also begin for “Lackawanna Blues” on Tuesday.

The reopening has been in the works for months after Mayor Bill de Blasio announced back in May that theaters would reopen at full capacity on Sept. 14.

On Tuesday morning, a big banner on top of the red steps in Duffy Square read, “Broadway is back.”

Jenny Millenowski, of Boston, was on the standby line for “Hamilton” tickets. She saw “Waitress” last week.

“Everyone’s so excited to be here,” Millenowski said. “The energy is so high, and the ovations are very high. You know, you walk in and everyone’s clapping. It’s a real energy. It’s very fun.”

In another sign that Broadway is back: the famed TKTS booth reopens at 3 p.m.

David LeShay is with the Theatre Development Fund, which has run the discount ticket booth since 1973.

“We want people to be able to experience hearing a story with other people in the room live. I mean for me, personally, there’s nothing like it,” LeShay said.

He said he went to a Broadway show last week and despite the uncertainty of being in a crowded theater, the energy level was high.

“I did hear anecdotally, one person at some show, they heard somebody cough. Like just a regular old cough. But everyone was like, ‘uh,’ they all looked around,” LeShay said. “But it’s just a matter of getting comfortable with it again.”

The reopening comes at a time of uncertainty, as the delta variant surges. The theaters promise to be sold out on Tuesday night, but the future, and audiences’ willingness to sit with no social distancing, remains to be seen. 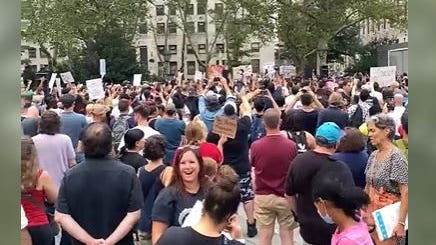