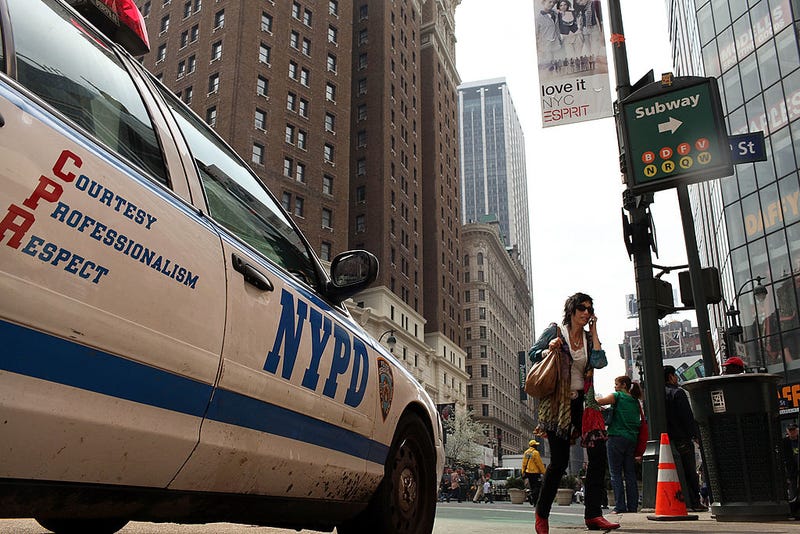 NEW YORK (WCBS 880) — When New Yorkers in two precincts call for the NYPD’s help, they’ll be sent a text asking, “How did we do?”

The question is the main focus of the department’s new text messaging-based public feedback initiative launching in the 25th and 113th precincts.

The “How Did We Do?” program will send a text message to New Yorkers who have filed criminal complaints a link to a customer service survey.

After completing the poll, the NYPD will then be able to use that data to “help to identify customer service gaps, as well as strengths, and provide tangible data to inform policy improvements.”

“With these new text surveys, we’ll be increasing our ability to gather New Yorkers’ feedback so we can identify service gaps and improve customer service which – in our view – is not just common sense but a continuing top priority,” said Police Commissioner Dermot Shea. “This is Neighborhood Policing in action and another important way to strengthen our relationships with those we serve.”

The text message will arrive about a month after the complaint is filed, according to the NYPD, which will give the department “an opportunity to investigate the case and ensure complainants of certain crimes, such as domestic violence and homicide, are not receiving texts.”

“We are proud to support the NYPD by funding this important public feedback initiative. The information the department gathers through these texts will help improve the quality of its services while fostering stronger connections between the police and public,” said New York City Police Foundation President and CEO Susan Birnbaum.

The new text message system builds on the original “How Did We Do?” campaign that launched in September 2020, in which the NYPD deployed posters and palm cards to the precincts with a link to a survey.

The survey is accessible from www.nyc.gov/nypd/feedback or by scanning the QR code with a smartphone's camera on the poster or palm card.

Meanwhile, a new smartphone app being rolled out this week allows officers in New York City’s community policing program to log neighborhood concerns – such as graffiti, loud music and public intoxication – keep track of whether they’ve been addressed.

The internal app, the NYPD’s latest push toward digitizing communications within the department, improves on the more scattershot ways officers have been keeping tabs on community problems from shift to shift — namely, calling, texting or emailing one another.

“What we have now is word of mouth — an email that you may send to different tours. This is on their phone. It’s right there when they get in,” said Inspector Carlos Ortiz, commanding officer of the Neighborhood Policing Analysis and Support Unit.

The new app, which cost about $1.4 million for the initial configuration and $2.7 million a year to maintain, is being piloted in upper Manhattan, with other parts of the city to follow.

It’s an internal, nonpublic system that allows officers and supervisors to access and add to a running tally of neighborhood issues and track progress toward their resolution.

The app also has space for officers to store contact information for community members and to log businesses and security cameras in their sector, an important resource when officers are trying to find video of an incident. Pre-app, officers might spend their whole eight-hour shift searching for cameras.

A chat function allows officers to communicate with one another through an internal social media-like component. Some officers said they currently chat about community concerns in private WhatsApp groups.