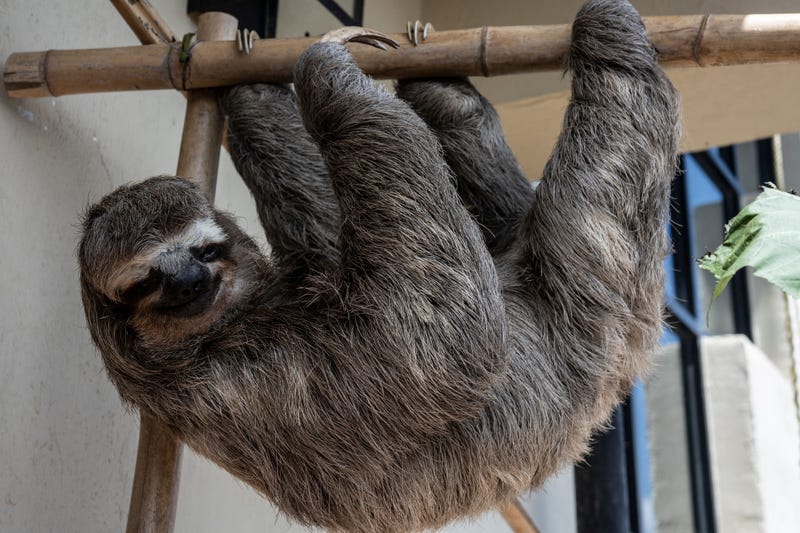 EAST ROCKAWAY, N.Y. (WCBS 880) — A Long Island man was cited this month by the United States Department of Agriculture for keeping a sloth and wallaby in unsafe conditions at his home in East Rockaway.

According to a citation, the USDA inspected Larry Wallach’s home and found a sloth living in an enclosure in his garage surrounded by clutter, including stacked items and bicycles hanging from the ceiling.

The sloth was also living in an enclosure that had a hanging light and portable humidifier, both of which had exposed electrical cords that could cause injury to the animal.

Officials said they also found a wallaby – a small marsupial closely related to the kangaroo – improperly housed in Wallach’s backyard.

According to the USDA, the fenced in area where the wallaby lived had two sides that were 6-feet tall, but one side that was just 39-inches, leaving ample space for the wallaby to escape.

Officials noted that Wallaby had also been observed in a public park allowing people to pet and play with an unleashed tiger cub.

“The licensee did not restrict access to the unleashed cub and did not maintain a barrier, allowing the cub to walk among the crowd. During public exhibition, the licensee must ensure that any animal must be handled so there is minimum risk to the animal and public, with sufficient distance and or barriers between the animal and the public,” the report states.

Wallach was previously cited in May after posting videos to Facebook showing the tiger cub interacting with a pet dog and a wolf.

When inspectors visited the home then, they observed the tiger had fractured left paw, which happened while roughhousing with the pet dog.

Officials also found that the cub, who was living in a cage with rotting floorboards, could easily escape from Wallach’s backyard.

“Fencing surrounding the tiger's outdoor housing enclosure does not meet the minimum height requirement of 8 ft. The wooden boundary fencing on the sides of the premises is approximately 6 ft. in height and the back fence is approximately 39 in. high,&#