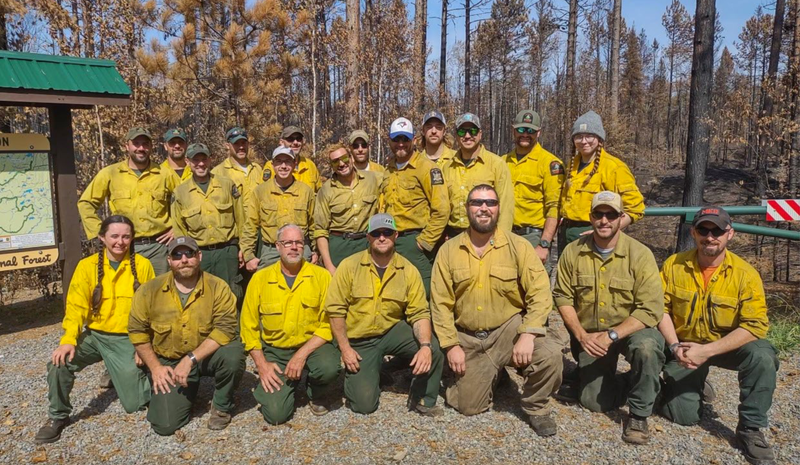 NEW YORK (1010 WINS) — After welcoming the return of a New York firefighter crew who fought a Minnesota fire, Gov. Kathy Hochul announced Friday that another crew of 20 wildland firefighters will travel to continue fighting "devastating" wildfires in southern California.

Hochul's office said the governor welcomed back the crew that battled the Greenwood Fire, which started on Aug. 15 and has burned an estimated 27,000 acres. That northern Minnesota fire is currently about 75% contained.

"Across the country, we have seen the devastation wrought by our changing climate in the form of raging wildfires, and I am proud to welcome back this expert team of DEC wildland firefighters who worked tirelessly to contain the Greenwood Fire in Minnesota," Hochul said.

The latest crew will be sent to Moreno Valley, California, in Riverside County with a crew made up of New York State Department of Environmental Conservation Divisions of Forest Protection, Lands and Forests, Fish and Wildlife, Operations, Materials Management, Environmental Remediation staff and other experienced firefighting volunteers.

Hochul's office noted the wildfires on the West Coast are impacting air quality in the Empire State that could inflict short-term health issues and worsen medical conditions like asthma and heart disease with excess exposure to fine particulate matter.

"No matter how dangerous the assignment, DEC's renowned wildland firefighters are always prepared to help when needed, serving both on the fire line and behind the scenes as experts in incident command," Seggos said.

New York has continued to send firefighter crews to battle blazes in western states since at least 1979.

"I'm thankful - but not surprised - that New York is home to so many dedicated individuals willing to answer the call when disaster strikes and I pray for the safe return of the crew on their way to California to protect other communities from harm," Hochul added.