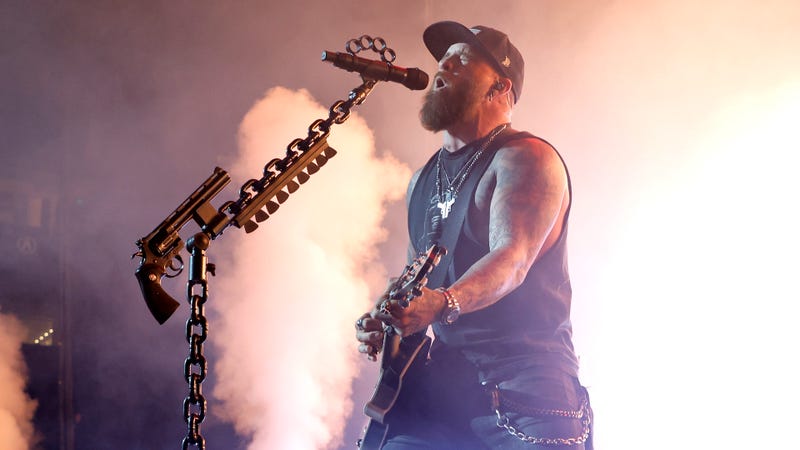 Join hosts Rob + Holly as they kick the weekend off with good vibes, the best music and special guest, Brantley Gilbert! Listen on your favorite Audacy Country station.

Celebrating the recent release of his new single, “Heaven By Then,” featuring Blake Shelton and Vince Gill, Brantley stopped by to share the details of how the song came together with Audacy’s Rob + Holly. While the song has a slow and sentimental feel, Gilbert shared the lyrics came from a rowdy night out with the guys.

“We got back, it was two or three in the morning and the guys that drink had been drinking a little bit, and the Willie Nelson folks, like me, had spent a little time with Willie and we were all hanging out on the porch and HARDY picks up a guitar,” he said. “Any time that happens, you try to be close — good things usually happen when he picks one up.”

Good things did happen as the rowdy group continued on to write “Heaven By Then,” which Gilbert ended up recording with fellow Country artists and friends, Shelton and Gill.

Hear more about how the song came together and a lot more from Brantley by tuning into the Friday Night Takeover With Rob + Holly this Friday at 7pm! Plus, get your votes in now for the daily Top 7 @ 7 countdown!