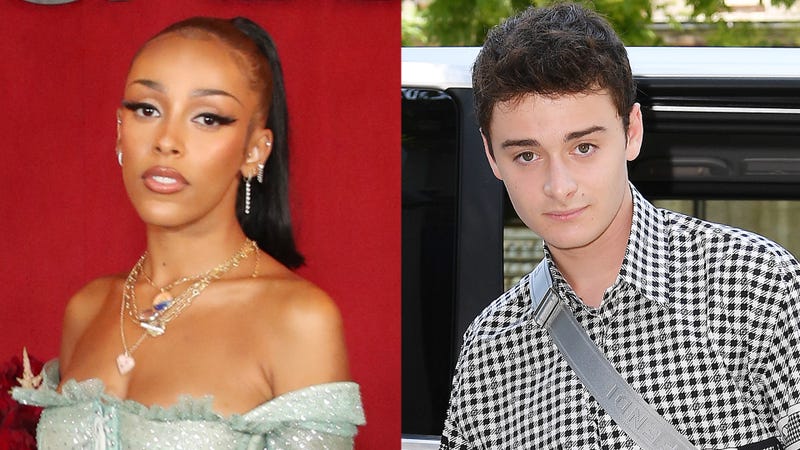 Expecting the TikTok generation to keep anything to themselves and off the internet is clearly asking a lot and Doja Cat just found out the hard way.

After privately DM-ing Stranger Things actor Noah Schnapp, asking him to set her up with co-star Joseph Quinn aka Eddie Munson, Doja is calling out the actor for sharing screenshots of their conversation on TikTok.

As seen in the messages, Doja asked, "Noah can u tell Joseph to hmu," before adding, "wait no, does he have a gf?” In response Noah told Doja to "slide into his DMs," providing her with Joseph’s IG account after the singer admitted she had trouble finding any of his socials.

Thing is, this wasn’t the first time Doja expressed her feelings for Quinn, previously declaring her thirst for the Hellfire Club leader, her feelings crystal clear when she tweeted, "joseph quinn fine as s***.” Then again, sharing that was her call to make.

Confused as to why Noah felt the need to expose their private conversation on the internet, Doja discussed the matter during an Instagram Live, calling Noah's actions "socially unaware," and “borderline snake s***.”

“The fact that Noah did that, like, went and posted a private conversation between me and him is so unbelievably socially unaware and whack. That’s borderline snake s***, that’s weasel s***. And I’m not saying that encapsulates his entire personality - like I don’t imagine Noah that way.”

After contemplating, “maybe he is, like, a whole snake.” Doja expressed, “But I didn’t see him that way. I made an assumption that he was gonna be chill about it, and he went and shared information that I didn’t feel comfortable with him sharing.”

As of now, Noah is yet to publicly respond, but he has since deleted the TikTok of the private exchange.