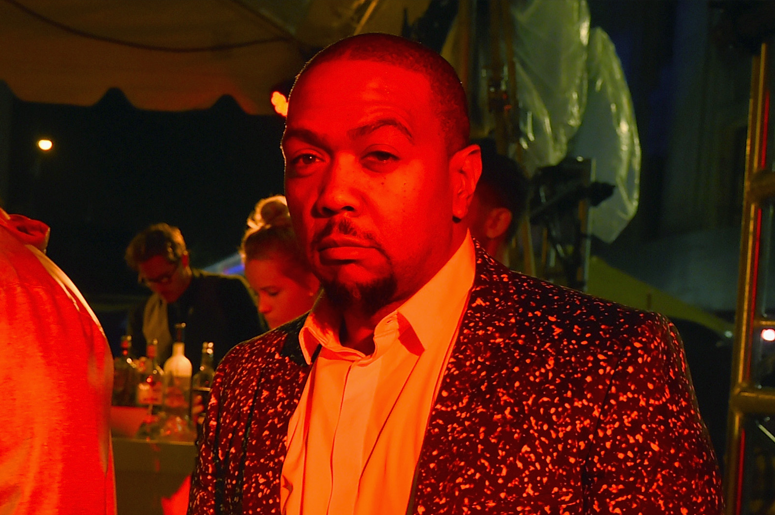 Timbaland called in to chat with Kenny Burns from Atlanta's V-103 and RADIO.COM, after Burns gave him the proper introduction that such a “very special guest” deserves, the two got to talking.

On the agenda was to discuss Verzuz, the “very important” show he and co-creator Swizz Beatz, devolved over the pandemic. As well as honor Aaliyah who tragically passed 19 years ago. Burns attributed Timbaland as the one who “crafted and perfected her sound” as an artist.

And while the aforementioned isn’t a new notion, and actually we thought to be common knowledge, with the help of Missy Elliott of course, Timbaland challenged the thought, saying it was actually the other way around. He said that working with Aaliyah “was the start of my career.” Adding, she “believed in my sound, believed in me and Missy as people and as creators, she knew we had something special. So Aaliyah’s kind of like responsible for putting Timbo on the map.”

Timbaland, who refers to Aaliyah as his little sister, recalled finding out about her tragic accident and how difficult it was. “I felt like the whole world stopped, everything stopped… career, everything… she was the heart of my beats. What do you do when you have no heartbeat?" Since then, after nearly two decades have past, Timbaland acknowledged that even though she is no longer physically here, she remains with him always.

Burns came in with the word play rightfully referring to Aaliyah as "One in a Million," and segued into asking Timbo what it was like to work with her on that album. He once again credited that album and in turn Aaliyah as “the start” of his career. Adding that she was the first artist he and Missy helped develop a sound for after breaking away from a crew they were a part of called The Basement. He recalled Missy approaching him about dusting off that “double time kind of style” they were playing around with in The Basement. He views working on that album as their “breakout” and that, together the three of them shaped each other as artists, using Aaliyah as the “vessel” to spread it to the world.

The two then moved on to discuss the internets obsession, otherwise known as Verzuz. Timbaland surprisingly reveled the “this is an idea me and Swizz had 4 years ago.” The original idea was to do it in front of people, the virtual aspect came in to play later when the world was faced with the repercussions of COVID-19.

The rethinking of the concept came about early one morning, Timbaland said “ I think an angel or a voice spoke to me and said get up and go to the studio, so I started doing like beats… and started taunting at Swizz.” Swizz caught on right away to what Timbaland was trying to do, and the rest is history.

At it’s root Verzuz “is for the people, by the people,” and that is how it will remain. Timbo has no plans to expand beyond the pure energy, organic, no gimmicks vibe the show has. Timbaland proudly noted that the entire project was black owned, “and look at how smoothly it runs, and even referred to it as “the new Soul Train.” Kenny excitedly agreed. “I’m glad we did it the way we did it, not Hollywood’d out, we’re doing everything strategically to keep it as organic as possible.” And for that we say amen.

The next Verzuz battle is going down Monday, August 31 at 8PM ET between “Queens” Monica and Brandy, and you most definetly don't want to miss this one, so be sure to tune in.

Listen to Kenny’s entire interview with Timbaland above and be sure to tune into The Kenny Burns Show on V-103 and through the RADIO.COM app weekdays from 2PM -6PM ET.