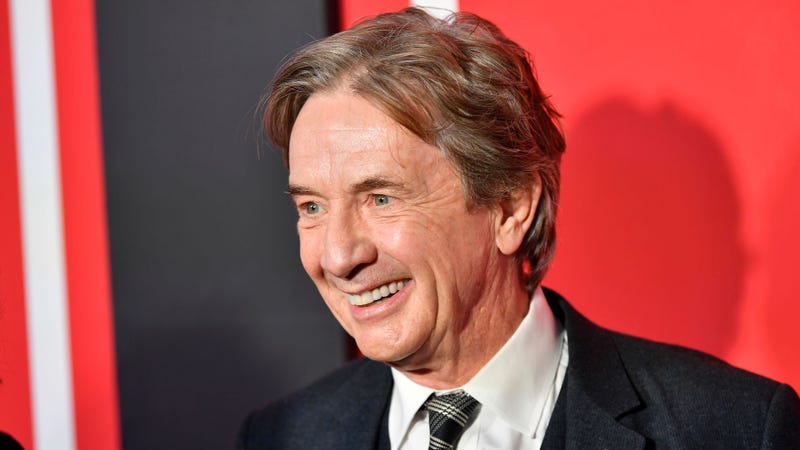 Martin Short has had a plethora of memorable characters throughout his career and he’s here to pull back the curtain on how that came to be.

Short joined Dana Carvey and David Spade on the Fly on the Wall podcast as he regaled the hosts with plenty of stories from his iconic career. Carvey asked Short about his legendary Ed Grimley character from his time on Saturday Night Live and if he’d be able to do him today.

“I think he’s ok,” Short responded. Short then recalled the basis for the legendary character, which happened while he was working on a separate show in 1979. “My brother Michael and his wife Liz flew down and she said something to the effect of, ‘oh I was so excited to fly down and I changed my outfit four times,’” he said.

“I thought, ‘you changed your outfit four times to go on a plane.’ I would kill for that innocence and exuberance towards life. I always remembered that when I was writing Ed Grimley pieces.”

Part of the genius of the character was Short’s ability to get excited about the littlest things. As he explains, “Like, if the phone rang, he’d say ‘oh gee, the phone’s ringing.’ As he’d run over to the phone, he’d pause, ‘gee I love the phone, there’s always a sense of mystery I must say.’”

“Even the phone, he never lost the excitement of a phone. That was the key. Now does that make him a little challenge? Sure, absolutely,” he continued. As for his favorite Ed Grimley skit? Short said that was an easy one, the Thanksgiving skit from SNL.

Be a “Fly on the Wall” as Saturday Night Live alumni Dana Carvey and David Spade take you behind the scenes to reminisce about the most memorable stories and moments with friends of the show. In each episode, you’ll hear from your favorite cast members, hosts, writers, and musical guests as they share never-before told stories about their careers; including how they made their way to the show and how being a part of SNL's cultural history has impacted their lives beyond the show. Fly on the Wall with Dana Carvey and David Spade is a presentation of Cadence13.