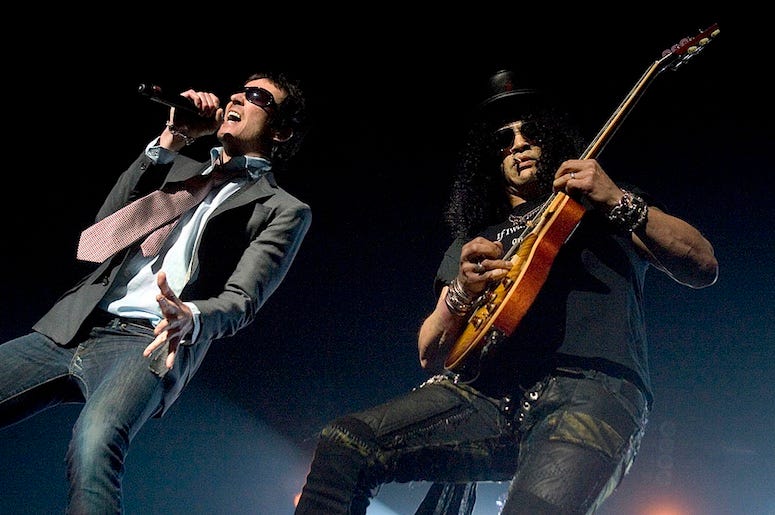 Talent doesn’t always run in the family. For the members of Los Angeles rockers Suspect208, it most definitely does.

The band is composed of frontman Noah Weiland, drummer London Hudson, bassist Ty Trujillo, and guitarist Niko Tasngaris. If some of those names look familiar to you, it’s because you’ve seen them in the lineups of some of rock’s biggest bands.

Weiland’s vocals stand out from the get go as you can hear the elements of his father in his voice. Still, he’s successfully showcased his voice as his own on “Long Awaited” finely incorporating a mix of aggressiveness and softness that puts his potential on full display.

Reaction thus far has undoubtedly garnered comparisons to Velvet Revolver, something the group seems to take as a compliment, but wants to distance themselves from. “There will never be another VR,” Hudson said in an Instagram Story in response to an article calling the band “Velvet Revolver Junior.”

“My band is not and will never be a second coming of Guns N' Roses, VR, STP, or Metallica. So if you came expecting just another rock n roll group, I politely say GO F*** YOURSELF.”