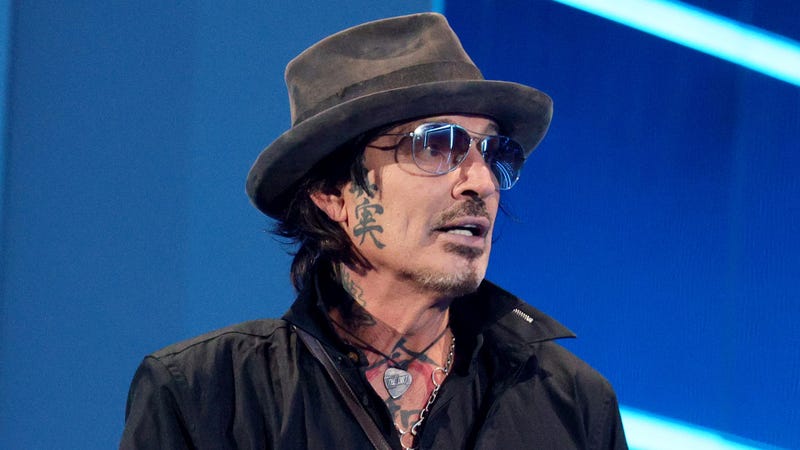 Tommy Lee had waited six and a half years to get back behind the Mötley Crüe drum kit. Although the band’s highly anticipated Stadium Tour finally kicked off, Lee is going to have to wait just a bit longer to take part in it.

The first show of the tour featuring Mötley Crüe, Def Leppard, Joan Jett & The Blackhearts, and Poison took place on June 16 in Atlanta as Lee had to call it quits just six songs into their first concert. His departure wasn’t caused by any drama, rather, Lee is suffering from four broken ribs.

Listen to the best stadium anthems on Audacy’s Arena Rock

At that point, Lee told the crowd that Tommy Clufetos will be replacing him on the drum kit for the rest of the evening. Clufetos has performed with the likes of Ozzy Osbourne, Alice Cooper, and Rob Zombie.

Breaking News: Motley Crue’s Tommy Lee takes the stage at The Stadium Tour but mid-set goes to the mic and says after 2 and a half years of waiting for this show he broke a few ribs recently and the doctors told him not to play. He promised to perform anyway #TheStadiumTour pic.twitter.com/VjKj9bVQMs

After the show, Lee issued a statement on Mötley Crüe’s Instagram saying that Clufetos is going to sit in for him until he’s back at 100%.

The lengthy Stadium Tour is set to run until early September as the bands will be performing all across North America this summer. Check out a full list of tour dates and purchase tickets here.