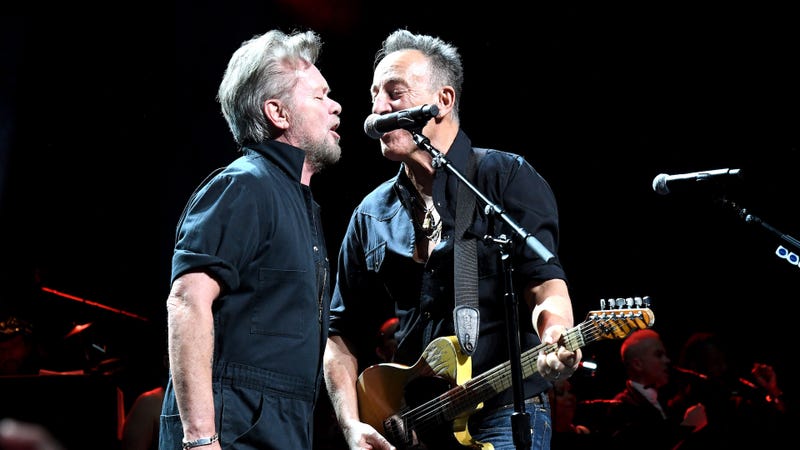 The single, which released today, marks the first time the two music icons have joined forces for new tunes and we’re sitting here wondering what took so long to make this magic happen!

Written and produced by Mellencamp, the song tugs at emotions as the two sing about time slipping away.

“Who’s counting down these last remaining years? How many minutes do we have ahead?” They sing. “We watch our lives just fade away to more wasted days.”

In addition to the release of the new song comes the debut of their music video which shows Mellencamp and Springsteen in a nostalgic home setting as they play their guitars, a game of cards, and reflect on the lyrics they’re singing.

The song is a part of Mellencamp’s new album, due later this year. In addition to “Wasted Days,” Springsteen is expected to appear on two additional tracks included on the project.

Does this mean a joint tour is possible? Let’s hope so!