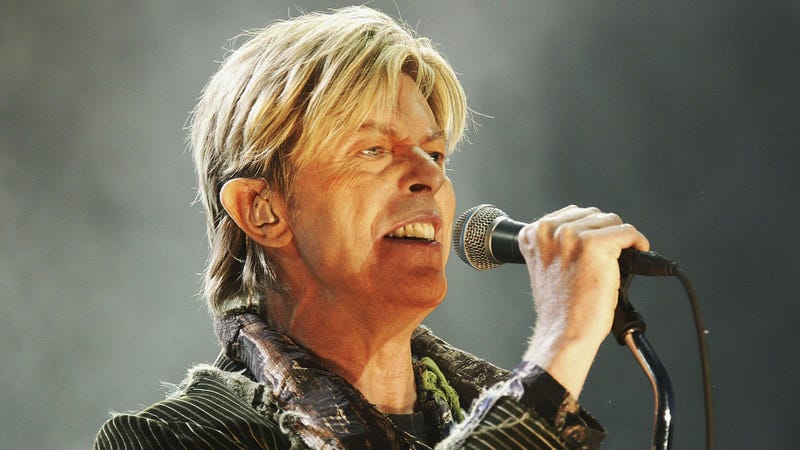 David Bowie left us with some iconic music and the Rolling Stone Music Now podcast is here to explore one of the most beloved — “Let’s Dance.”

To give insight into Bowie’s career and one of the most beloved songs, Rolling Stone Music Now’s Brian Hiatt welcomes the song’s producer, Nile Rodgers, to share the origins of the tune and behind the scene details.

“We were listening to different Big Bands and then we went over to Jerry Wexler’s house — Jerry Wexler was the co-founder of Atlantic Records,” Rodgers recalled. “Jerry had a copy of Peter Gunn lying on the turntable or something and David said ‘let’s listen to this.’ We listened to Peter Gunn and it was the the funniest thing. It was like, instantly, we listened to the whole record — it wasn’t just Peter Gunn, it was like TV themes, but the theme song to Peter Gunn went [sings melody].”

Rodgers says the moment of listening to the Peter Gunn theme at Wexler’s house remains a fond memory in his mind and came to the surface when they started working on “Let’s Dance.” The pair had no direction in the beginning, but then quickly found one when Rodgers drew from this memory.

“When I did the Chart for ‘Let’s Dance,’ I remembered how much he was diggin’ that when we were playing it,” Nile explained.  “So when I do the charts for ‘Let’s Dance,’ it goes, [sings melody] I did that exactly like from Peter Gunn, I took [the same sound]… I copied it, what the hell!” he laughed.

Hear more about the creation of “Let’s Dance,” and Bowie’s career on the latest episode of Rolling Stone Music Now podcast above.