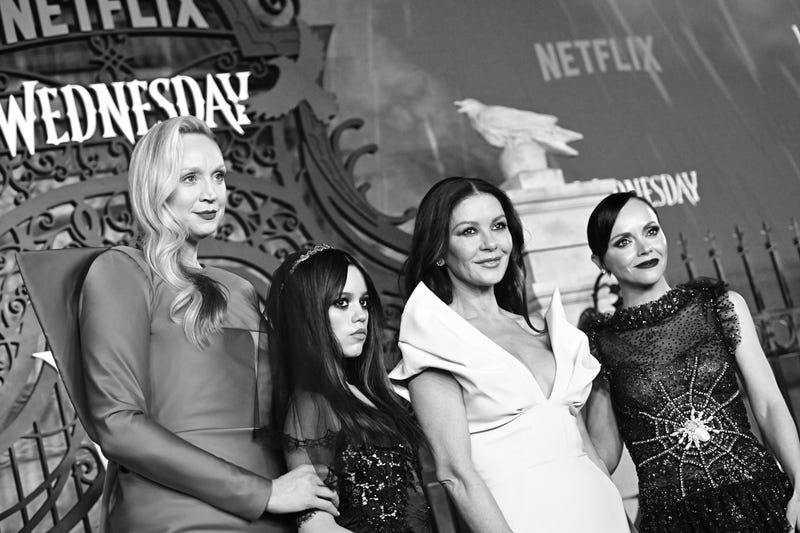 It's a Watcha Watching Wednesday on The Jen and Tim show! We share what we're binging and what suggestions listeners give. We also talk new show announcements and updates.

This week, Netflix has announced "That 90's Show" with an official premiere date of January 19th. The series is a sequel to the long-running sitcom “That ‘70s Show”, following Eric and Donna Forman’s daughter Leia (named after the “Star Wars” princess of course) spending the summer with her grandparents Red and Kitty. Leia just so happens to meet a group of teens to hang out with in her grandparent’s basement for the summer.

The series is said to keep a similar style and feel, while bringing fresh new episodes and jokes to viewer's screens. Don't worry, some of your favorite cast members will be returning returning including Topher Grace, Laura Prepon, Wilmer Valderrama, Ashton Kutcher and Mila Kunis all making guest appearances and Kurtwood Smith and Debra Jo Rupp returning full time to parent this new batch of teens. Callie Haverda will play Leia Forman.

Additionally on Netflix, Tim Burton's "Wednesday" had a huge first week - in fact, they set a record for the streaming service. The fantasy series starring Jenna Ortega as Wednesday Addams tops the Netflix Top 10 chart for the week of November 21-27 with 341.2M hours viewed following its November 23 premiere. In fact, they even beat Stranger Things record of hours viewed which was set at 335.01 millions for the season 4 premiere.

According to Netflix’s data, over 50M households have seen the series since its premiere, making it the record holder for the most hours viewed in a week for an English-language TV series on the streamer - and that's in only five days.

We are Cleveland's Official Christmas Music Station, so we can't end the recommendations without mentioning that Roku has a free holiday movie channel where you can find all your favorite classics including "A Christmas Story", "Jack Frost" and "National Lampoon: Christmas Vacation". So, if you're a Roku owner, download the Christmas Plus channel to get all your holiday movie binging in!