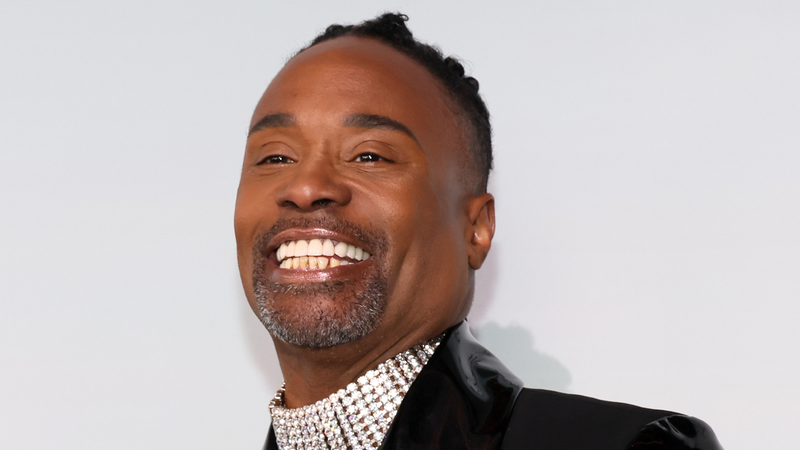 While in Pittsburgh for the Greater Pittsburgh Festival of Books and to receive an honorary Doctorate degree from Carnegie Mellon University, Billy Porter took some time to stop by and chat with Audacy’s Bubba Show.

During his visit Billy and his old high school buddy Bubba talked about many fun things including — Cinderella, Pose, Kinky Books, his memoir Unprotected, his new directorial debut film Anything's Possible, and honestly so much more.

That said, Billy also took the opportunity to shine a light on his mental health and past year of healing since announcing his HIV positive diagnosis in May 2021. Through working on his memoir Unprotected, Billy revealed he’s been on a path of healing, and “set free of a lot of trauma and pain,” hopeful that “people reading my book will be set free too.”

Hesitant to pinpoint an exact moment where he realized he was free, Billy explained, “I think it was more of an evolution,” noting that it's still an ebb and flow as he has moments of feeling really free, and still some moments of shame. The only difference is now he can “identify it and move through and navigate.” However, admitting that acknowledging his diagnosis in such a public way (on the cover of The Hollywood Reporter), was a real turning point.

So, what’s next for Billy Porter, well he recently signed with Republic Records as well as Island Records in the UK. And while working with Justin Tranter, responsible for hits like DNCE’s “Cake by the Ocean,” he’s already released a single of his own titled “Children,” with an accompanying music video.

And since his Popstar dreams are well under way, next on Billy’s long list of aspirations is to nab himself an Oscar, since he already has an Emmy, Tony and a GRAMMY, to fully round out the EGOT.

Also sharing details about his speech the CMU ceremony, how growing up in the Black church gave him his style and fashion, the evolution of his broadway dreams, and honestly so much more. All of which you can check out on the Pittsburgh’s 100.7 The Star website here. Trust us, you won’t wanna miss it.