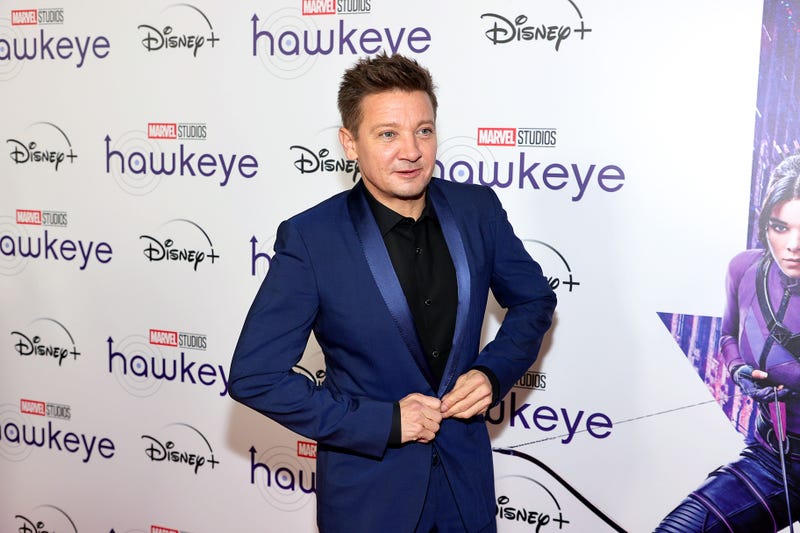 Jeremy Renner was airlifted out of a Nevada town on Sunday morning after his snowplow ran over his leg in a terrible accident. New footage, obtained by TMZ on Monday, shows a helicopter taking off from a cleared road surrounded by feet of snow and heading to a nearby hospital with the Marvel star inside in critical condition.

An eye witness account told the outlet that the plow accidentally ran over one of Renner’s legs, causing him to lose a dangerous amount of blood. Another witness, who is a doctor, managed to place a tourniquet on the Avengers star’s leg until paramedics arrived to fly him to the hospital.

Renner’s rep made a public a statement late Monday that the Oscar-nominated actor, 51, suffered “blunt chest trauma and orthopedic injuries.” It's reported Renner had surgery yesterday and “remains in the intensive care unit in critical but stable condition.” Jeremy Renner, who lives about 25 miles outside Reno near Mt. Rose-Ski Tahoe, previously posted videos of himself using his plow to help his family get out of winter storms.

Rolling Stone said, "This new list was compiled our staff and key contributors, and it encompasses 100 years of pop music as an ongoing global conversation," The publications says, adding criteria was based on "originality, influence, the depth of an artist’s catalog, and the breadth of their musical legacy."

Music fans argued on Twitter about the snubbed artists and the ranking. There was even more drama surrounding lead vocalists whose singing bandmates were excluded like Stevie Nicks made it without Fleetwood Mac, Jungkook but not BTS, Beyoncé without other members of Destiny's Child, and Diana Ross without the Supremes.