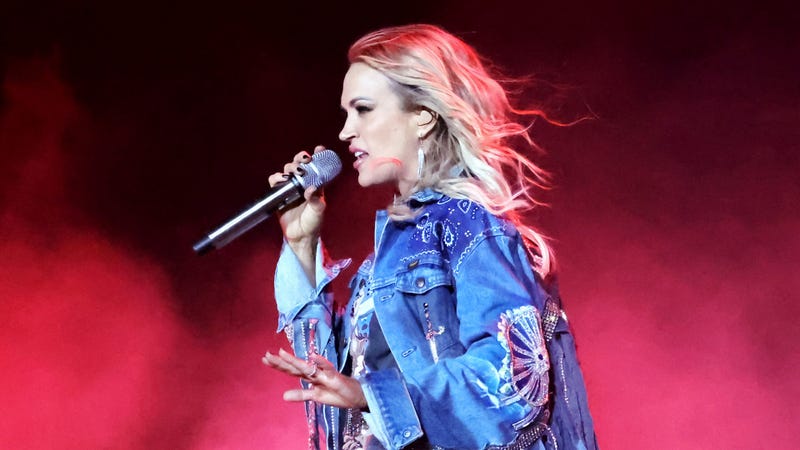 Carrie Underwood may be one of today’s biggest Country stars, but that doesn’t keep her from enjoying a night on the town singing some karaoke!

The 39-year-old was recently captured unexpectedly hopping on stage to sing sing some Classic Rock at a bar in small-town Tennessee. After hopping on stage with local band, The Heartshakers, Carrie covered the Tom Petty and Stevie Nicks classic “Stop Draggin’ My Heart Around.”

“It’s been a while since I’ve done this one,” Underwood said as she walked up to the mic stand with her phone in hand. “I’m just going to hold this for security’s sake… my words, my lyrics.”

Lookie who showed up at our favorite neighborhood bar tonight. I love living in Tennessee #carrieunderwood #foxandlocke

Before rocking out, Carrie directed everyone to the tip jar encouraging them to “pay a visit.”

“I see that tip jar over there, just sayin’, just sayin’,” she smiled. “I think we all need to pay a visit to the tip jar tonight.”

Carrie and The Heartshakers proceeded to rock out on stage and the venue quickly took to social media to thank them for an unforgettable night.

“Last night the one and only @carrieunderwood was here and jumped on stage with @theheartshakers to rock the house with a classic!! Like we always say – you never know who will show up here. Thanks for coming by, Carrie. What an incredible Saturday night!”