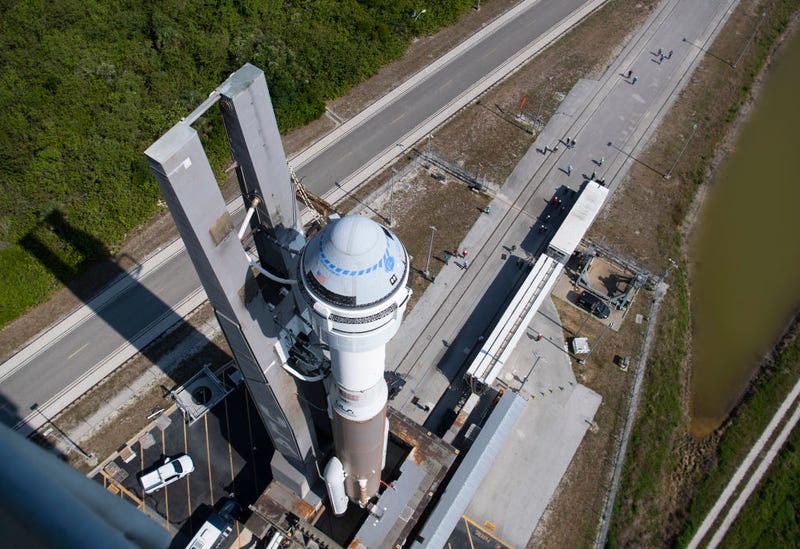 In this handout photo provided by NASA, a United Launch Alliance Atlas V rocket with Boeing's CST-100 Starliner spacecraft aboard is rolled out of the Vertical Integration Facility to the launch pad at Space Launch Complex 41 ahead of the Orbital Flight Test-2 (OFT-2) mission, on May 18, 2022 at Cape Canaveral Space Force Station in Cape Canaveral, Florida. Boeing's Orbital Flight Test-2 will be Starliner's second un-crewed flight test and will dock with the International Space Station as part of NASA's Commercial Crew Program. The mission, currently targeted for launch at 6:54 p.m. ET on May 19, will serve as an end-to-end test of the system's capabilities. Photo credit (Photo by Joel Kowsky/NASA via Getty Images)
By Lauren Barry, KCBS

SAN FRANCISCO (KCBS RADIO) – A new spacecraft that could one day land on Mars lifted off Thursday from Cape Canaveral, Fla. It arrived Saturday at the International Space Station, and footage of the craft’s hatch opening was carried by NASA.

There are no astronauts aboard the Boeing CST-100 Starliner spacecraft for the test mission of the new craft and the 172-ft. tall Atlas V rocket. During this OFT-2 test, the Starliner will spend about five to 10 days in space and deliver more than 500 pounds of NASA cargo to the space station.

According to NASA, the cargo includes food and items for the current expedition crew members on station, as well as provisions like clothes and sleeping bags, for astronauts.

“Flight Test-2, or OFT-2, is a critical developmental milestone on the company’s path to fly crew missions for NASA to the International Space Station,” said NASA.

Boeing’s CST-100 Starliner is 16.5-ft tall and 15-ft. in diameter. It can hold up to four people for NASA missions. When the OFT-2 test is complete, the Starliner craft is expected to land at one of five desert sites in the western U.S., which include two on the White Sands Missile Range in New Mexico, one on the Dugway Proving Ground in Utah, one on the Willcox Playa in Arizona, and one on Edwards Air Force Base in California.

Once the OFT-2 test is successfully completed, NASA and Boeing plan to fly the agency’s Boeing Crew Flight Test (CFT) with Starlight.
It would be the craft’s first flight with astronauts aboard.

“OFT-2 and CFT will provide valuable data toward NASA certifying Boeing’s crew transportation system for regular crewed flights to and from the space station,” said NASA. “The orbiting laboratory is critical to NASA’s next great leap in space exploration, including future missions to the Moon and eventually to Mars.” 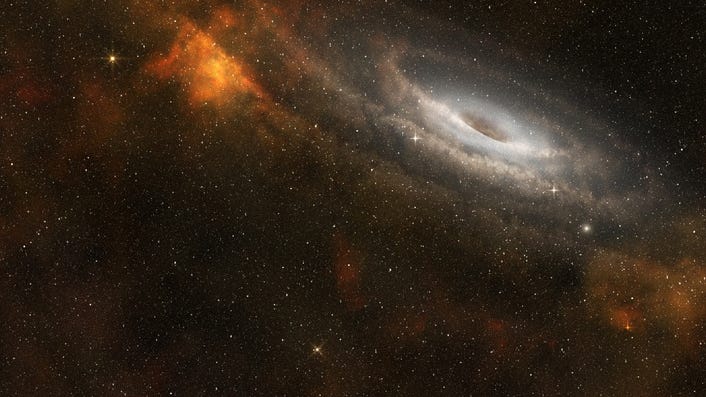