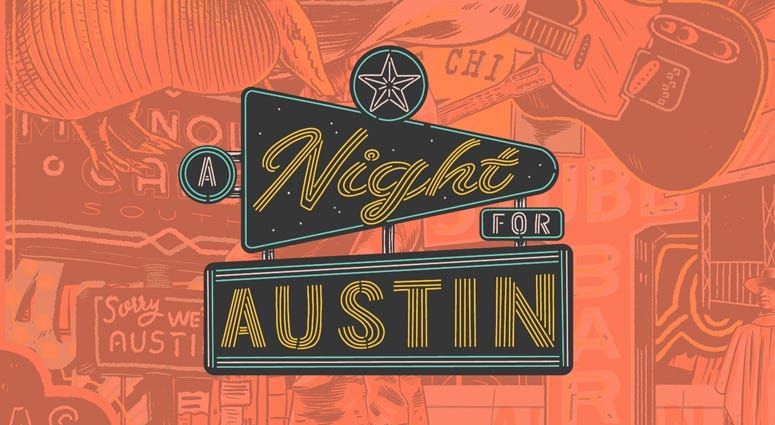 AUSTIN (Talk1370.com) -- Set your DVRs and clear the couch for a special night of entertainment benefiting the Live Music Capital of the World and those that make it special.

Singer-songwriter Paul Simon is the brainchild behind the event, organizers say, which will feature performances from Simon, Nelson, James Taylor, and plenty more, intertwined with appearances from the likes of Ethan Hawke, Renée Zellweger, Woody Harrelson, and Owen Wilson; all Texans with a strong love for the city and its people.

The program will air locally on CBS Austin (KEYE-TV), and stream worldwide on www.anightforaustin.com and the Luck Reunion's Twitch channel. Brightcove is helping to provide streaming support for the benefit.

100% of the money raised from the event will go to a fund managed by the Austin Community Foundation to be distributed directly to MusiCares Austin, HAMM, Central Texas Food Bank, Six Square, Southern Smoke Foundation, Red River Cultural District, and People Fund.

"We were incredibly honored and excited that Paul Simon and his team tapped Luck to produce this event and to benefit our own community of Austin," said Matt Bizer, Co-founder of Luck Productions. "It means a lot for us to be able to support this community that has always inspired and provided for us and we are excited to be doing it alongside an amazing group of talented individuals, organizations, artists who themselves represent the unique fabric and soul that makes Austin our home."

"The coronavirus has completely upended live music in Austin, which is why we must come together to support the industry that makes our city special. Austin Community Foundation is honored to work with Paul Simon to bring much-needed relief to those who rely on the music scene for their livelihood. The funds raised through A Night For Austin will go to nonprofit organizations equipped to help musicians, producers, venue owners, and others persevere through these difficult times," said Mike Nellis, CEO of Austin Community Foundation.