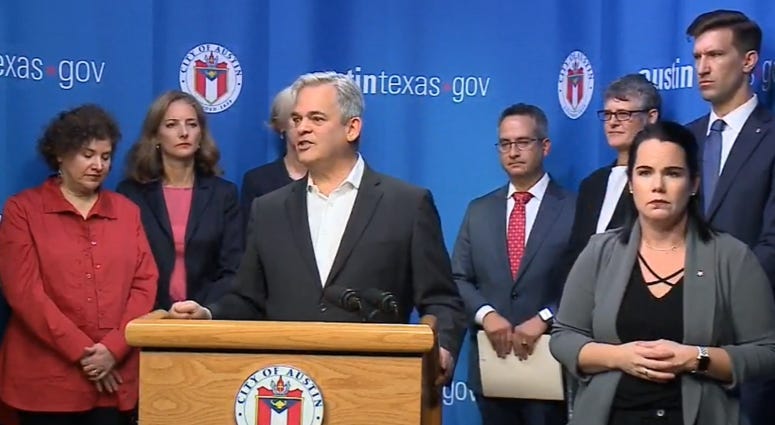 AUSTIN (Talk1370.com) -- City leaders say there's no evidence that cancelling the upcoming South by Southwest festival and other mass gatherings will make the city "safer" in the wake of the coronavirus outbreak.

The upcoming SXSW festival was among the topics discussed. Dr. Mark Escott, with Austin Public Health, said there's no simple answer. "Right now, there is no evidence that closing SXSW, or any other gathering, would make the community safer," Escott said. Even if the city decides to cancel the festival, people will still likely come to Austin.

Escott also said the risk for community spread in Austin is low. "However, we’re prepared for it if it happens. We are actively prepared, and we’re doing that through engagement with all members of the community."

Officials also touched briefly on one or more possible patients undergoing testing in Austin for COVID-19. "Tests here are still pending, and that information should be available later today or tomorrow", Escott said.

The key to fighting the disease, Travis County Judge Sarah Eckhardt said, is to "do what their mothers taught them" - practice good hygiene habits, including washing hands thoroughly.

Austin Mayor Steve Adler said the officials hear residents' concerns. "The question is being reevaluated and reconsidered multiple times a day. If that changes, we will immediately implement the recommendation." Adler also added that "no corporations or anyone else has a seat at the table in decision-making. We want to keep the community safe."