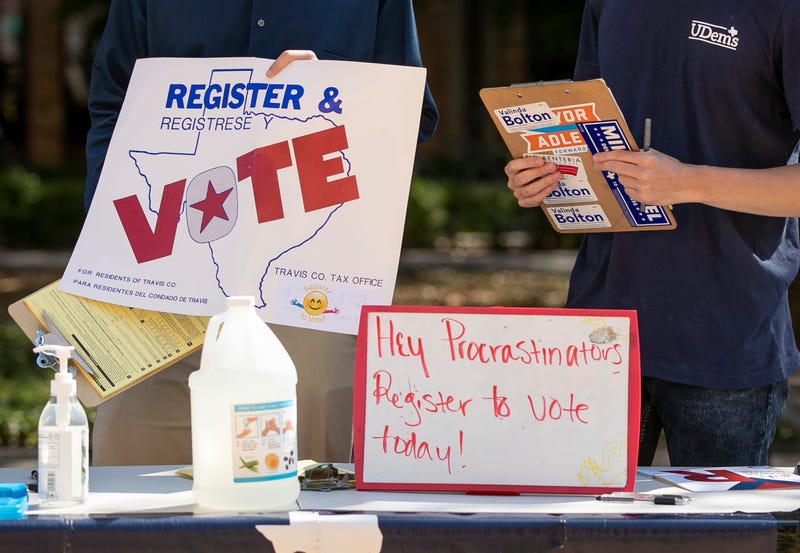 AUSTIN (Talk1370.com) -- Despite the coronavirus pandemic, Travis County has reached a new record in voter registrations.

Travis County voter registrar Bruce Elfant announced Tuesday that 97 percent of the county's eligible voters - more than 850,000 - are registered to vote in the November 3 election. According to elections records, just over 732,000 voters were registered for the November 2016 election.

Details on voting locations and more for Travis County residents can be found at www.VoteTravis.com.