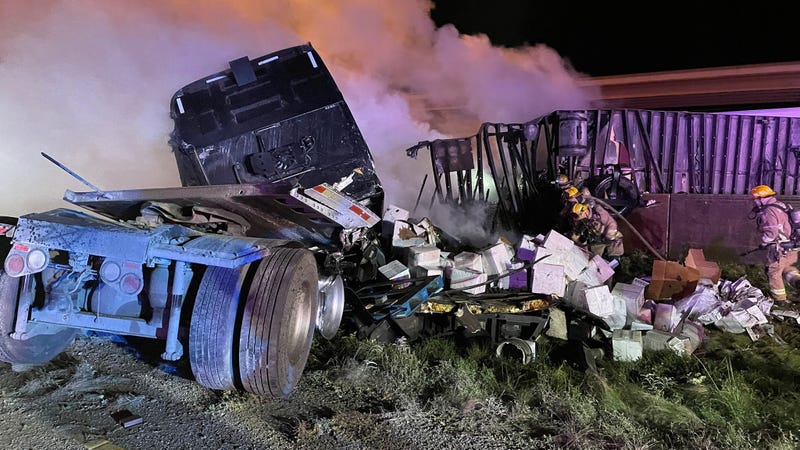 Austin Police say the crash happened just after 1 a.m. Tuesday morning, as an 18-wheeler traveling southbound along Interstate 35 crashed into the concrete median near FM 1327 and State Highway 45 just north of Buda.

Crews were able to put the blaze out; the truck, which was carrying refrigerated goods, spilled debris over the mainlanes in both directions.

It's the second fiery 18-wheeler crash to cause closures along Interstate 35 in recent days. Saturday night, an 18-wheeler headed northbound crashed into the concrete base of a light pole just north of William Cannon Drive, prompting a shutdown of the northbound lanes for nearly 18 hours.