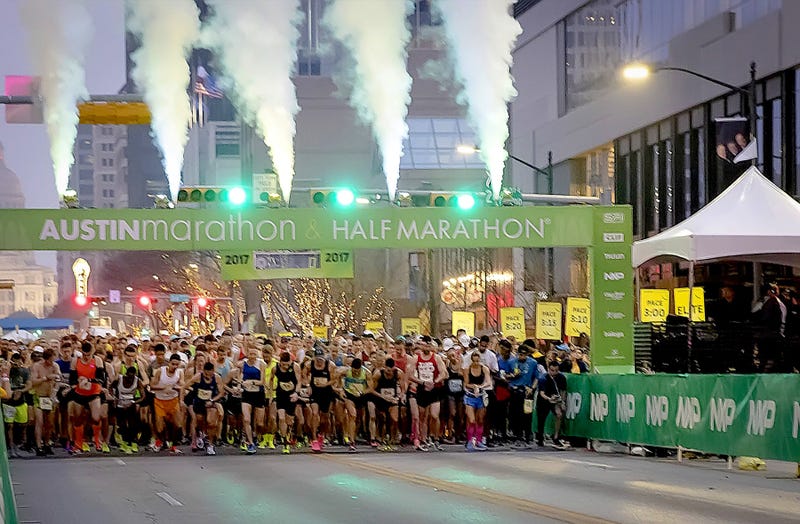 AUSTIN (Talk1370.com) -- Austin's running scene will get back on track in late April, with the 2021 editions of the Austin Half Marathon and 5K receiving approval from city officials.

Both events were approved through the City of Austin's new special event permitting process. The events, which were originally scheduled for February 14, will now happen on April 25.

"The 2021 Austin Half Marathon, an event that represents Austin’s commitment to health, has also shown a commitment to COVID-19 safety," said Don Hastings, Austin Public Health Assistant Director for Environmental Services. "The Austin Marathon team has worked creatively over several months to re-invent this signature event in a way that emphasizes the health and safety of its participants and our community."

In addition to the capacity limitations, the event plan calls for a number of other COVID-19 mitigation practices, including reducing the density of runners at the starting line and along the course, enhanced sanitation protocols, an elimination of mass gathering activities, and discouraging spectators from attending.

More details on the 2021 events are available online.

The return to Austin running begins April 25th! Formal approval has been issued by the City of Austin through the...