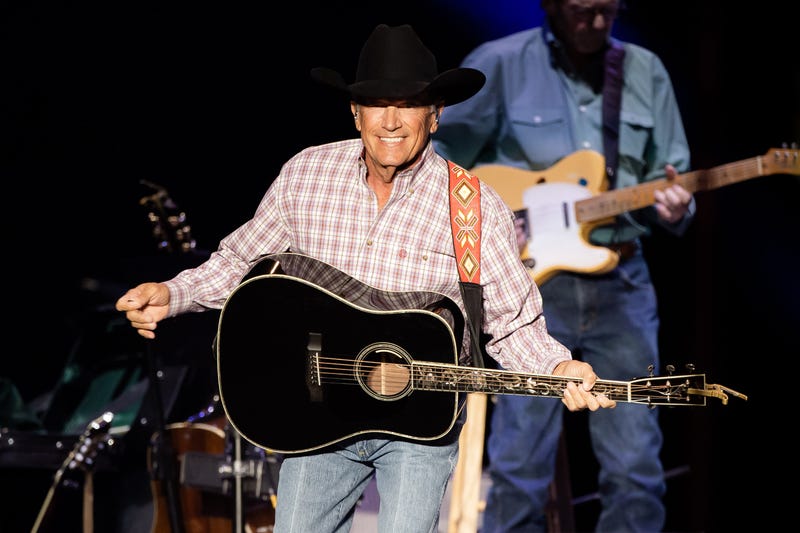 AUSTIN (Talk1370.com) -- Fresh off his headlining performance at this year's Austin City Limits Music Festival, George Strait has already booked another show in Austin - this time, a star-studded grand opening event for the Moody Center.

'Strait from Moody Center' is set for April 29, 2022. In addition to Strait, the "Texas-sized grand opening celebration" will also feature Willie Nelson & Family, and the Randy Rogers Band.

"While planning our grand opening celebration, we knew we had an obligation to pay homage to the Lone Star State," said Jeff Nickler, general manager of the Moody Center. "George, Willie, and Randy are all Texas natives who have built legendary careers while having an unbelievable impact on the country music industry. It doesn’t get any bigger than this."

It will be only the second time the two country music icons have shared a stage. Beyond the venue's celebration, it will also be a birthday bash for Willie, who will turn 89 years old the night of the show.

"I’m so glad I’ll get to ‘sing one with Willie’ and I can’t think of a better place to do it than Austin, Texas," said Strait in a statement. "Willie is an incredible musician and an even better person, so I know this will be a great night together along with our friends from Randy Rogers Band."

While the show is being billed as a grand opening, it won't be the first show at the all-new venue. The Weeknd will take the stage on April 19, followed by John Mayer and Justin Bieber. The venue will also be the new home for the Texas Longhorns men's and women's basketball programs, beginning with the 2022-23 season.

Tickets will go on sale on Friday, Oct. 22, at 10 a.m. Central. For more details, visit the Moody Center website.