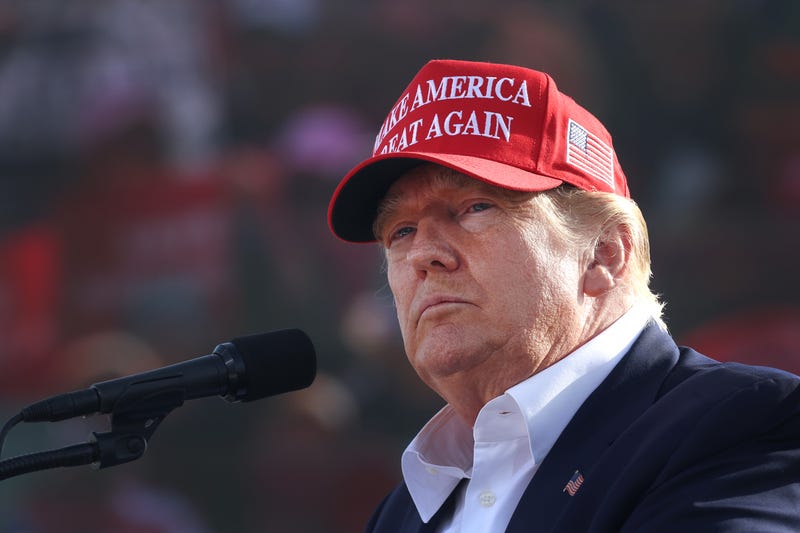 The event is set to run all day Saturday, beginning at 8:15 a.m. and running until 5 p.m. In addition to Trump, others slated to appear include Donald Trump, Jr., former Secretary of State Mike Pompeo, Ted Nugent, Kimberly Guilfoyle, Dinesh D'Souza, actor Kevin Sorbo, Arizona Sheriff Mark Lamb, and others.

The Downtown Austin Alliance warned its members on Thursday about potential traffic delays in the immediate area of the Austin Convention Center.

“There could be significant impacts to hotels and businesses within a 2-3 block radius of the Convention Center due to Secret Service protocols,” the alliance’s advisory read. “Please plan and communicate accordingly.”

Donald Trump, Jr., speaking with Talk 1370's Cardle & Woolley Thursday morning, said the event is about speaking to Americans about the problems our country is facing. "Even the people of Austin are probably not enjoying their 8.5% pay cut due to inflation," said Trump. "We've gone around the country, speaking to people, making sure they understand, that they know that there are people still out there fighting for what they actually believe in and what benefits them and their families the most."

Trump Jr. also addressed President Biden's recent criticism of conservatives and his father, with Biden even referring to Trump as "the great MAGA king" earlier this week. "Who would've thought that Joe Biden would come up with one of Trump's best nicknames? Even a blind squirrel finds a nut every once in a while," said Trump.

Tickets are still available for Saturday's event, online at AmericanFreedomTour.com.