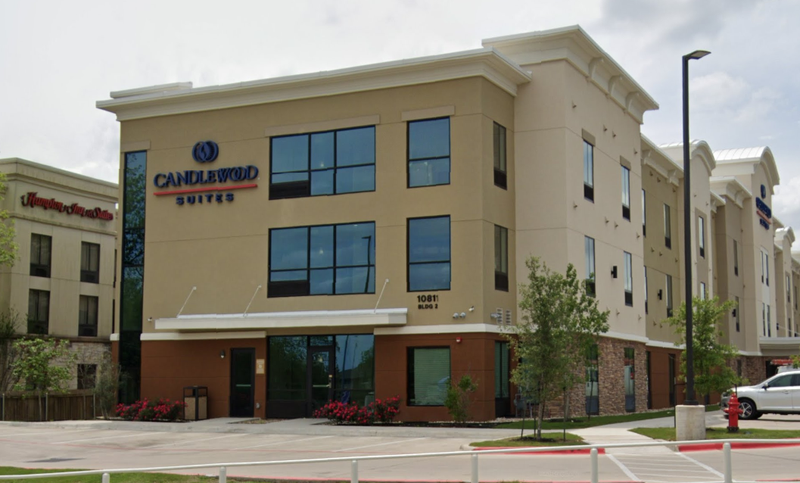 AUSTIN (Talk1370.com) -- Significant damage has been done to a City of Austin-owned former hotel that is slated to become supportive housing for the city's homelessness services, officials said Thursday.

District 6 Councilwoman Mackenzie Kelly addressed the situation at the former Candlewood Suites hotel in a press conference at Austin City Hall Thursday afternoon. Kelly said a fire alarm was tripped at the property last week, and crews discovered squatters had broken into the property and caused significant damage.

"This damage spans all three floors of the building, and nearly every room," said Kelly. "Nearly every door is bashed in... clothing, belongings, and trash are strewn throughout the property, and several televisions were ripped from the drywall and were stolen."

Here are the photos of the inside of the Candlewood Suites that I shared during my press conference at 3pm today.

I want to encourage anyone with information regarding this incident to call Crime Stoppers at 512-472-8477. 1/2 pic.twitter.com/2bVBoA6Vba

Kelly said the entire hotel was stripped of copper, and that appliances including washers, dryers, air conditioning systems, and electrical wiring were destroyed. A total damage estimate was still being compiled, Kelly said.

"City staff informed me that an industrial ice machine was ripped from the wall, which likely caused water damage to the first floor of the building," said Kelly.

Austin City Council members voted to purchase the former hotel last year for a purchase price in excess of $9 million, despite pushback from neighbors and Williamson County leaders. 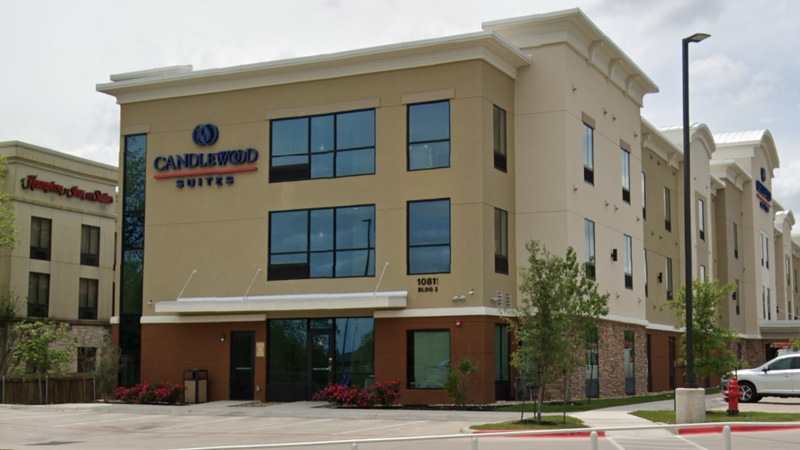 "This act of criminal behavior is not OK. Our city has a goal of creating a safe and sustainable place for those experiencing homelessness. The criminal activity at Candlewood does nothing but harm our city and create further delay in helping to reach the city's goal of providing help and housing to people in the community that need it the most."

Neighbors, along with Williamson County leaders, have pushed back against the city's plans for the property from the beginning. County officials filed a lawsuit against the city last year, along with neighbor Rupal Chaudhari. The Chaudhari family owns a hotel that shares a driveway and is immediately adjacent to the Candlewood property.

Other neighbors in the Anderson Mill area, like Bianca Ramirez, point out the impact the city's plans for the property could have on their largely residential neighborhood. "Our Mayor accelerated the Austin homeless crisis by removing the camping ban and impeding the ability of our law enforcement to enforce laws to keep our community safe," said Ramirez. "Now Adler’s crisis has permeated far enough outside of the Austin city limits to become a crisis for multiple counties. Our neighbors do not want the former Candlewood to open as a shelter. There are better locations and better solutions that do not worsen the crisis as Austin already has."

Williamson County Judge Bill Gravell addressed the matter at Tuesday's Commissioners Court meeting, showing pictures of a homeless encampment less than 100 yards from the Candlewood property. “I am deeply disappointed that once again the city of Austin has made decisions regarding their property in Williamson County without involving Williamson County leadership in coming up with solutions," said Gravell in a statement. "I have heard from our residents that Austin’s property has brought crime to their neighborhood. They sent me pictures of what is going on in their neighborhood. The city of Austin made their problem Williamson County’s problem, so I promise our residents that I will work to find a solution. Our residents deserve to not live in fear.”

Kelly said council members are set to discuss next week a proposed partnership with Family Eldercare that would renovate the property to support 78 rooms of permanent supportive housing for adults who are 55 or older that have experienced chronic homelessness. The expected renovations would cost nearly $4 million, giving the property the new name "Pecan Gardens."