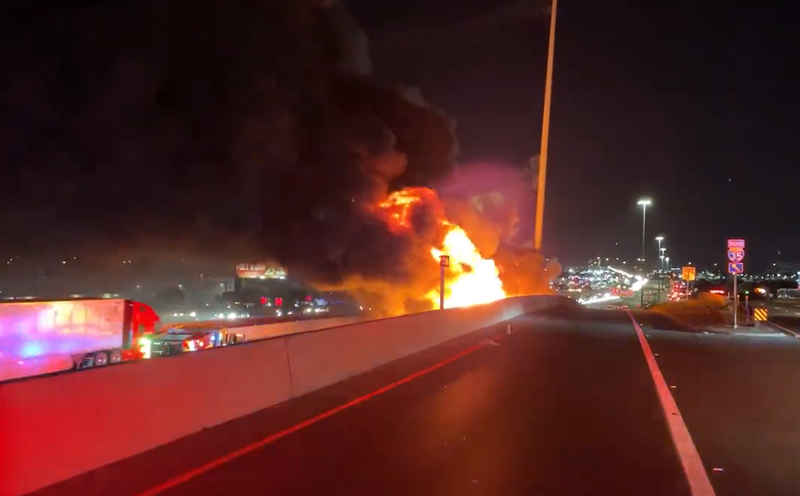 AUSTIN (Talk1370.com) -- One person is dead after an 18-wheeler caught fire along Interstate 35 in south Austin Saturday evening.

First responders say it happened just after 8:30 p.m. Saturday in the 6500 block of Interstate 35, in the northbound mainlanes just north of William Cannon Drive.

Crews said the 18-wheeler was fully involved when they arrived on the scene, after reportedly crashing into a pole.

Around 9:30 p.m., Austin-Travis County EMS officials reported one adult patient was pronounced deceased on the scene.