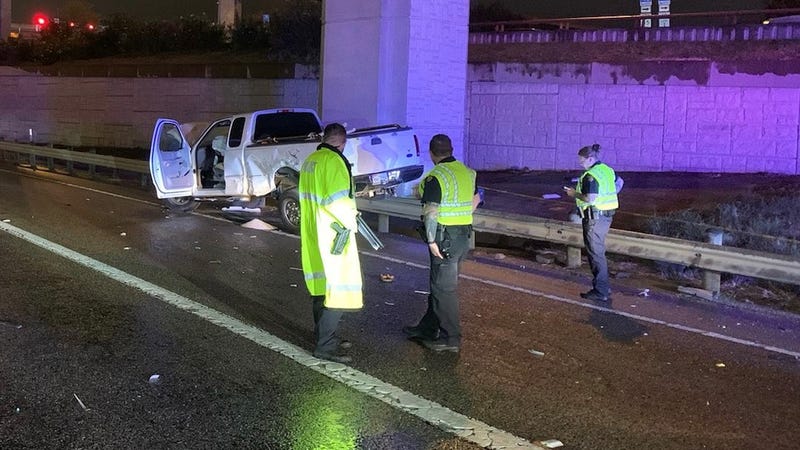 ROUND ROCK, Texas (Talk1370.com) -- One person is dead as crews work to clear a multi-vehicle crash involving an 18-wheeler along Interstate 35 in Round Rock Tuesday morning.

Three vehicles were involved in the crash, which happened in the southbound lanes of I-35 near State Highway 45 and Hesters Crossing just before 5 a.m. Tuesday.

5:45AM UPDATE: Southbound IH-35 remains shut down at Hesters Crossing. Traffic is being diverted onto the frontage road. Seek alternate routes.

The wreck involved 3 vehicles, including an 18-wheeler. There is one confirmed fatality and two other reported injuries. pic.twitter.com/pO2e8FG8NG

One person was pronounced deceased at the scene, according to Round Rock Police. Two other people were injured in the crash.

The mainlanes began to re-open around 9:45 a.m., officials said. Backups stretched all the way back to Georgetown through the course of the morning rush hour.