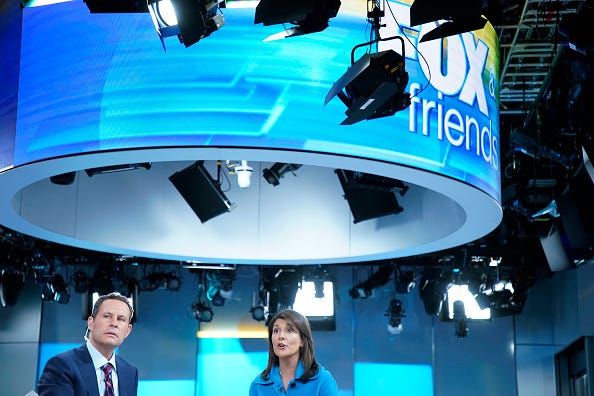 It has been almost a year since Donald Trump served as the President of the United States, and some, like Fox News' Brian Kilmeade, think it's time for him to "learn to lose."

Kilmeade made the comments on "Media Buzz" after a year of Trump claiming that the election was rigged against him.

During his Sunday appearance, Howard Kurtz asked Kilmeade for his thoughts on "the heart of the outrage" on the one-year anniversary of the Jan. 6 attack, being that Trump continued to say he only lost due to wide-scale voter fraud.

Kilmeade says that more than 14 months after the 2020 election, the former president has not proven his claims and needs to learn an important lesson.

"In life, you have to learn to lose. Hillary Clinton has to learn that, Al Gore pretty much did learn that, Stacey Abrams didn't learn that," the Fox News host said when referencing other sore political losers.

When it comes to how Trump should have handled his claims, Kilmeade doesn't think he should have done what he did even if voter fraud had been a legitimate concern.

"If you did, in fact, get screwed out of this election, put together an A-team list of lawyers, not the ones we witnessed, show us the districts and show us how," Kilmeade said.

Kilmeade did not shy away from taking shots at both parties in his comments, feeling that many needed to hear his advice.

"In life, we have to learn to lose, Democrats and Republicans," Kilmeade said.

When asked if it would be "anti-Trump" to deny that there was widespread voter fraud in the last election, Kilmeade said, "it isn't."

"It doesn't help him, but Donald Trump has defied everybody again. It was the worst day in Republican history," Kilmeade said. "They lost two Senate elections and lost the Senate in Georgia, the next day, you have the raid on the Capitol."

He continued sharing that he thinks the claims Trump makes and the events at the Capitol harmed him and his reputation.

"That hurt Donald Trump as much as anything since, so they think he was sidelined. One year later, he's as powerful as ever despite [not] being on social media, and he's the number one contender to have the nomination next time when he comes back," Kilmeade said.