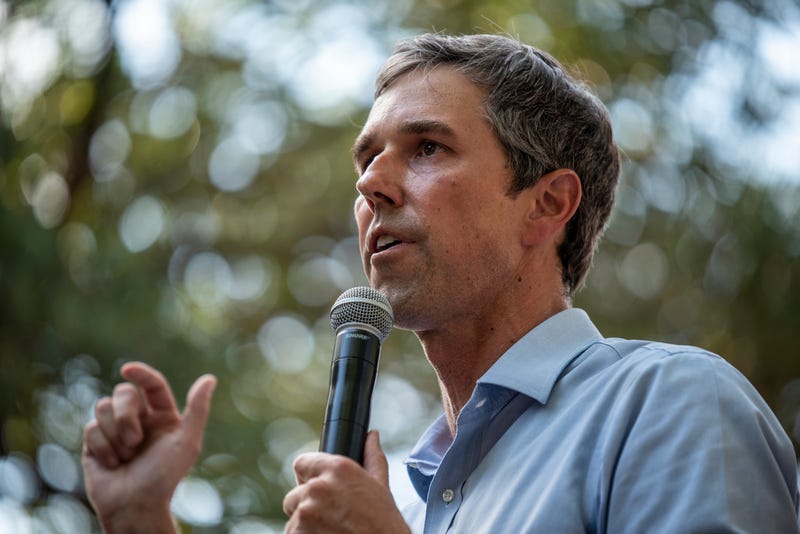 Together, we can push past the small and divisive politics that we see in Texas today — and get back to the big, bold vision that used to define Texas. A Texas big enough for all of us.

In a Twitter post announcing his run Monday morning, he said he aims to improve public schools, health care and jobs in Texas.

"Those in positions of public trust have stopped listening to, serving, paying attention to, and trusting the people of Texas, and so they’re not focused on the things that most of us actually agree on," said O'Rourke. "Instead, they’re focusing on the kind of extremist policies that really only divide us and keep us apart, and stop us from working together on the truly big things that we want to achieve for one another."

The former El Paso congressman unsuccessfully ran against Sen. Ted Cruz in 2018, though he came within 2.5 percentage points of Cruz in the final vote - the closest Senate race in Texas since 1978. He also sought the Democrats' 2020 presidential nomination, dropping out of the race in Nov. 2019 and eventually endorsing Joe Biden.

The most recent University of Texas/Texas Tribune poll of registered Texas voters showed Abbott with a nine point lead on O’Rourke.

A spokesman for Abbott's campaign, responding to O'Rourke's announcement, called O'Rourke "the last thing Texans need" and highlighted the contrast in the potential race. "From Beto O’Rourke’s reckless calls to defund the police to his dangerous support of the Biden Administration’s pro-open border policies, which have resulted in thousands of fentanyl deaths, Beto O’Rourke has demonstrated he has more in common with President Biden than he does with Texans."

"Governor Abbott proudly supports the men and women of law enforcement," the Abbott statement continued, "has deployed Texas National Guard and Texas Department of Public Safety personnel and resources to secure the border, and has created a business climate that has made Texas the economic engine of America. The last thing Texans need is President Biden’s radical liberal agenda coming to Texas under the guise of Beto O’Rourke. The contrast for the direction of Texas couldn’t be clearer."