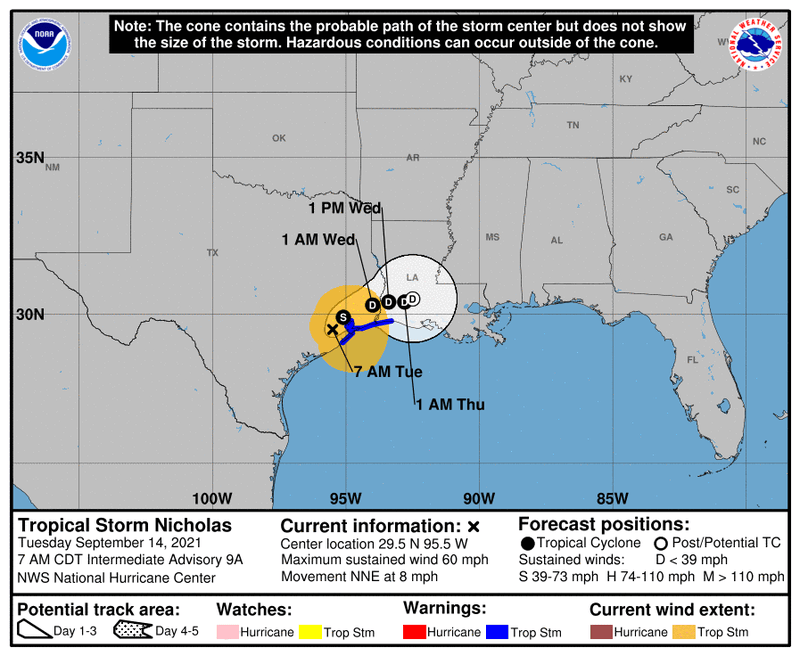 As of the 7 a.m. advisory, Nicholas is now a strong tropical storm with winds at 60mph, centered about 15 miles south-southwest of Houston. The storm is moving very slowly to the north-northeast, and will continue doing so through the day.

Nicholas is a very lopsided storm with all the precipitation on the north and east side of the center of circulation. The flooding rains will stay out of Houston, but will inundate Beaumont/Port Arthur into southwest Louisiana through the day.

Between 8-10 inches of rain have fallen in the coastal counties, with roughly 3-6 inches in the metro Houston area.

WATCH: #Nicholas made landfall overnight along the Texas coast as a small hurricane. The @NHC_Atlantic reports it is once again a tropical storm.

Some scattered showers may work their way into the eastern part of the Austin metro, but otherwise we'll expect to see some clouds with sun throughout the day with the majority of Nicholas' impacts in far east Texas.