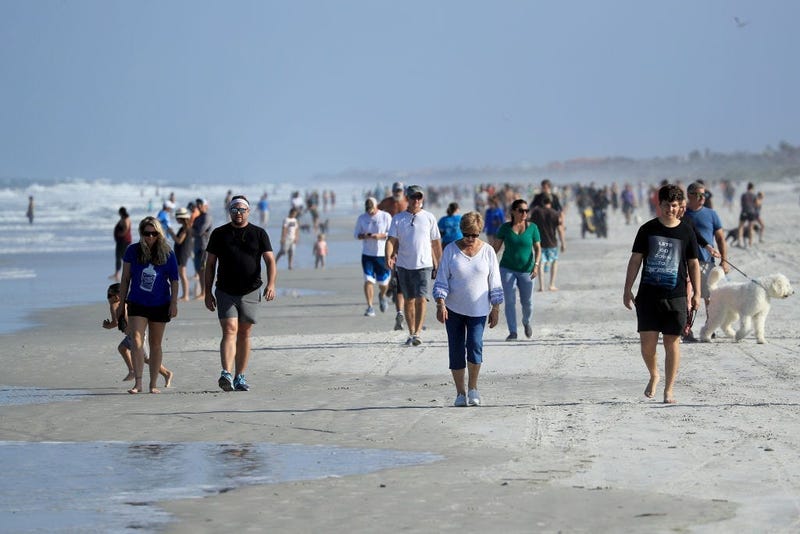 Coronavirus infection rates in the U.S. may be 10 times as high as the 2.4 million confirmed cases currently supposed, according to the head of the Centers for Disease Control and Prevention (CDC).

On Thursday, CDC Director Robert Redfield said in a conference call that, based on antibody tests, at least 24 million Americans have been infected so far, reports Washington Post.

Redfield estimates that 5 to 8 percent of the population has been infected by COVID-19 so far.

These numbers suggest that between 92 and 95 percent of the country remains vulnerable to the virus, and the outbreak is still in early stages.

The estimates come as case numbers have surged in nearly half of the U.S., with states like Florida and Texas rolling back reopenings.

On Friday, Texas Governor Greg Abbott issued an executive order limiting certain businesses and services as part of the state's effort to contain the spread of COVID-19, reported KRLD.

Abbott’s order closed bars across the state except for take-out, ordered restaurants to scale back to 50% in-dining capacity starting June 29, and requires that outdoor gatherings of 100+ people be approved by local governments.

Florida also took action in the face of surging cases on Friday, with the Florida Department of Business and Professional Regulation announcing a ban on alcohol consumption in bars.

This week, the U.S. broke its record for highest coronavirus cases in a single day, reporting 45,557 positive cases on Wednesday, according to a tally by NBC News.