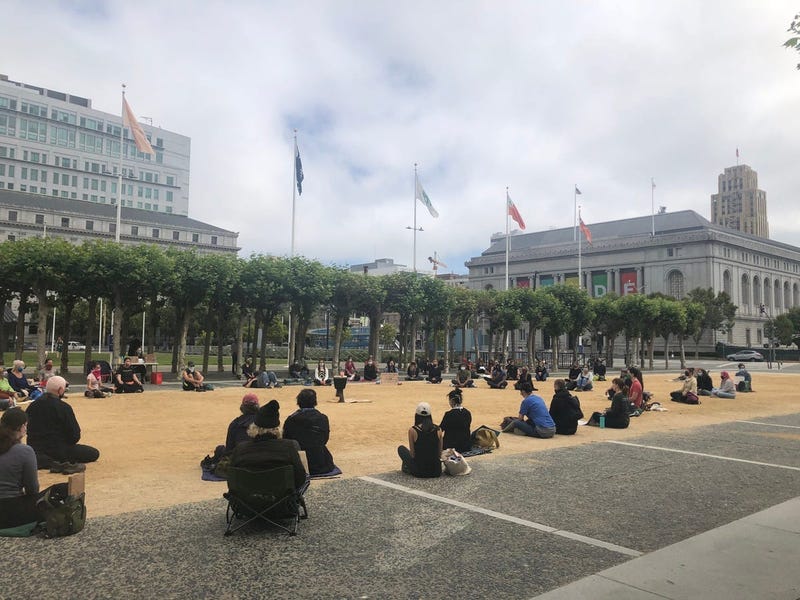 It wasn’t a typical protest in San Francisco to support the Black Lives Matter movement on Sunday morning.

At least, it wasn't the kind of protest you've been seeing on TV lately.

This one was very quiet. Instead of chanting, yelling or clashing with officers, the group of about 75 people sat, meditated and listened in front of San Francisco’s City Hall.

Not your typical protest. Buddhist sit in and meditation to support the Black Lives Matter movement. @KCBSRadio pic.twitter.com/80hh8gNRDC

The event was hosted by Sit. Walk. Listen. According to the group's Facebook page, the idea for the event was to bring "peaceful compassionate nonviolence to the streets; to listen, to follow, and support black people."

"That’s the process that begins the journey of healing," Pham said.