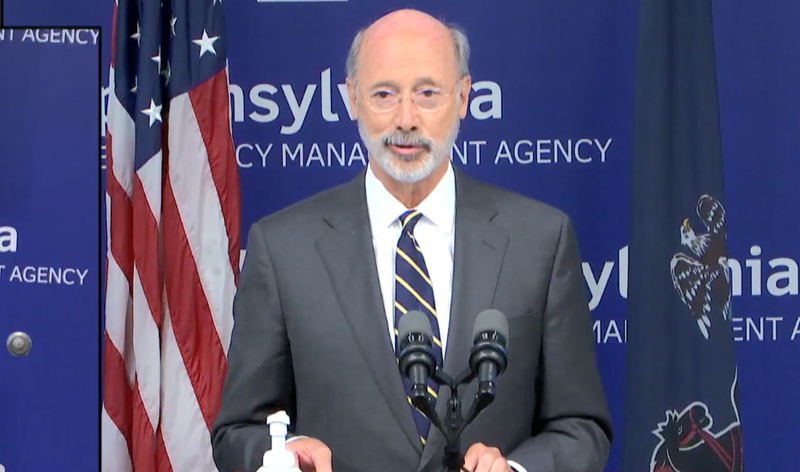 • Wolf said restaurants in areas that currently allow dine-in services will have to reduce from 50 to 25 percent. Outdoor dining remains the same. (indoor dining is currently banned in Allegheny County)• Alcohol sales will be allowed in on premises with meals only. Cocktails and drinks-to-go will continue.• Tele-work must be implemented where possibleIndoor gatherings are reduced to 25 people with 250 people for outdoor activities.• Nightclubs are ordered to cease operations.

Contact tracing shows that three reasons why cases are surging. One is people not wearing masks or social distancing while at a restaurant or bar, people traveling out of state and a lack of “national coordination,” according to Wolf.

He adds that states in the south and southwest that opened up too quickly are now affecting states like Pennsylvania and adds the commonwealth “is paying the price” for the actions of other states.

“Over the last few weeks, public health reporting and our team’s modeling work have uncovered incontrovertible evidence that the virus is sweeping quickly into the northeast region of the United States from the west and south—where there has been a failure in some states to practice vigilance in masking and social distancing—and that it has already begun its resurgence in Pennsylvania,” said Dr. David Rubin, a general pediatrician and director of PolicyLab at Children’s Hospital of Philadelphia. “We can halt this momentum in its tracks. Governor Wolf’s measures will help stop the continued spread of the virus into Pennsylvania and its surrounding states, which would threaten the reopening of schools and our economy in the coming months.”

Dr. Rubin added that it is critical to act now so that conditions are ideal for students to return to classrooms after Labor Day.

“Make no mistake the time is now for action,” said Dr. Rubin.

The state reported nearly 1,000 new cases on Wednesday with 994.

A large number of the new infections have been reported in Allegheny County and the surrounding area.

Data shows a large number of those being infected are young and have frequented bars or have been out of state.

246 cases were reported on Wednesday in Allegheny County. Deaths in the area also surpassed 200.