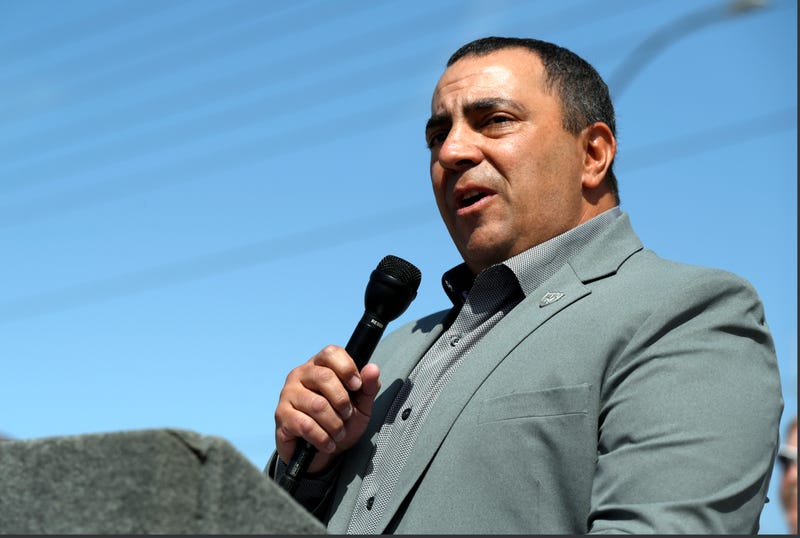 (AP) - Las Vegas Raiders team President Dan Ventrelle has left the organization less than a year after taking over the job.

Owner Mark Davis announced in a statement Friday that Ventrelle “is no longer with the Raiders organization” but divulged no details around the decision.

Ventrelle said in a statement to the Las Vegas Review-Journal that he was fired in retaliation for bringing concerns from multiple employees to the NFL about a “hostile work environment.”

Dan Ventrelle said he was fired by Mark Davis in retaliation to concerns he brought up of a hostile work environment within the organization, that were ignored. Then he brought them up to the NFL. He has retained legal council regarding his firing. #vegas #raiders #raidernation pic.twitter.com/jDzzdgmqtl

“When Mark was confronted about these issues, he was dismissive and did not demonstrate the warranted level of concern,” Ventrelle said in the statement. “Given this, I informed the NFL of these issues and of Mark’s unacceptable response. Soon thereafter, I was fired in retaliation for raising these concerns. I firmly stand by my decision to elevate these issues to protect the organization and its female employees.”

NFL spokesman Brian McCarthy said the league officials “recently became aware of these allegations and take them very seriously. We will promptly look into the matter.”

Ventrelle took over as team president on an interim basis last July after Marc Badain resigned. Ventrelle was promoted to the full-time role after the season ended in January.

Ventrelle and Badain played key roles in the Raiders’ move from Oakland to Las Vegas but both are gone before the team starts its third season in Nevada.

Ventrelle is the latest in a string of high-ranking business executives to leave the team in the past year. Chief Financial Officer Ed Villanueva and controller Araxie Grant left with Badain over the summer in what Davis later called an issue of “accounting irregularities.”

Three other senior vice presidents have also left the team in the past year: Tom Blanda, Mark Shearer and Brandon Doll.