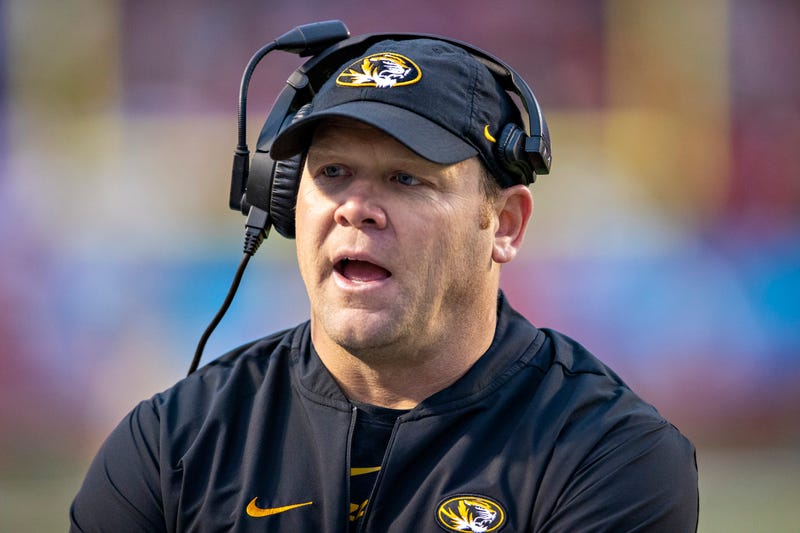 Las Vegas, NV (UNLVRebels.com) - A former head coach in the SEC and one of the nation's top coordinators, Barry Odom has been appointed the new head coach of UNLV's football program, Director of Athletics Erick Harper announced Tuesday.

Odom will be introduced to the Las Vegas community on Wednesday during a 10 a.m. media conference in the Grand Hall of the Richard Tam Alumni Center on campus.

Odom comes to UNLV after finishing his third season at the University of Arkansas, serving as associate head coach, defensive coordinator and safeties coach for the Razorbacks.

"My family and I would like to thank President Whitfield, Athletics Director Erick Harper and the administrative team for the opportunity to be the head football coach of  the UNLV Rebels," said Odom. "I'm honored and excited to begin developing a relationship with our student-athletes and provide them a great foundation for success in every area of their lives.

Before moving to Fayetteville, Odom spent four seasons as head coach at the University of Missouri, including taking two of his teams to bowl games and finishing at .500 or better three times en route to building an overall record of 25-25 from 2016-19. His 2018 Missouri squad finished the regular season ranked 23rd in the College Football Playoff poll.

"Coach Odom knows what it takes to compete and win on college football's biggest stages, and we're thrilled that he's bringing his incredible talent, work ethic, and commitment to success to UNLV," said President Keith E. Whitfield. "We have high expectations for UNLV Football, and Coach Odom is a proven leader who will help elevate our program to new levels of success. It's a great pleasure to welcome the Odom family to our university and Las Vegas."

Odom, who turned 46 last month, becomes the 13th head coach in UNLV football history but the first with previous head coaching experience on the FBS level since College Football Hall of Famer John Robinson led the Rebels from 1999-2004.