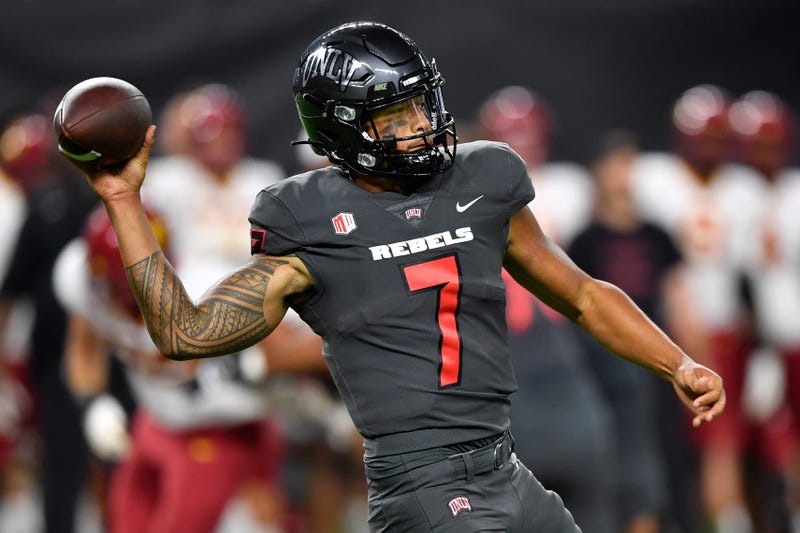 In addition, linebacker Jacoby Windmon was named to the second team while place-kicker Daniel Gutierrez and linebacker Austin Ajiake both earned honorable mention for their work this fall.

Friel took home the league’s rookie honor after standout wide receiver Kyle Williams earned the same award a year ago. UNLV has had eight conference freshman of the year winners in its history.

Friel broke the school record for completion percentage in a season by a freshman with a 62.4 clip, which also tied Hall of Famer Randall Cunningham (1984) for third overall by any Rebel. Friel played in nine games, starting eight, and led the team in passing yards with 1,608 and touchdown passes with six. He was named the MW Freshman of the Week on November 8 after leading his team to a win at New Mexico. Nationally among all freshmen, Friel’s season completion percentage ranks fourth while his mark of 178.7 yards per game stands seventh.

Williams is the first UNLV running back to earn a first team all-league honor more than once in a career (2019) and is the first Rebel from any position to do it since wide receiver Ryan Wolfe earned three first team nods (2006, ‘08-09). With the most career rushing yards in the FBS (4,201) among all current players, Williams passed Tim Cornett (2010-13) to become UNLV’s rushing king and later became just the fourth Mountain West player to reach the 4,000-yard mark. The Chuck Wagon led the league with 15 rushing touchdowns, which tied for fourth in school history, while his career-best 1,261 yards in 2021 tied Dominique Dorsey (2004) for the sixth-most in UNLV history.