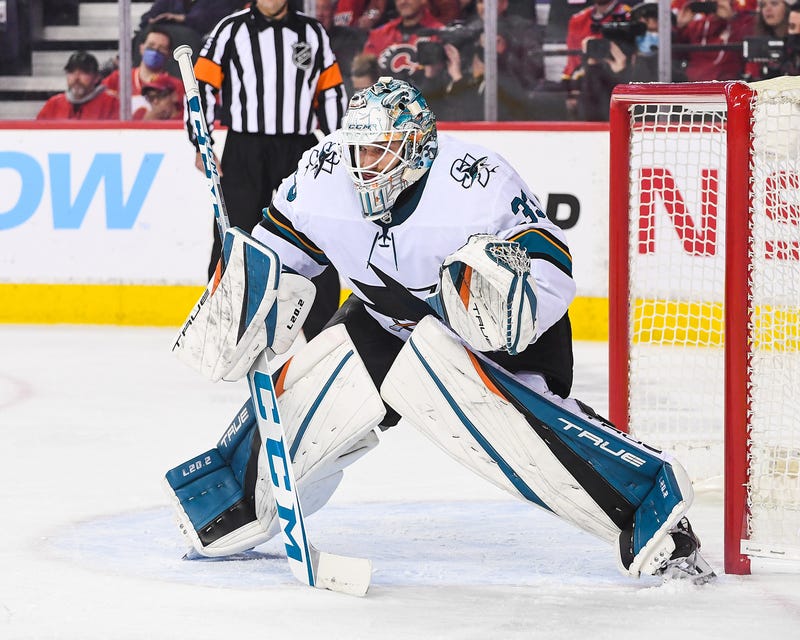 Las Vegas, NV (KXNT) - The Vegas Golden Knights have acquired goaltender Adin Hill from the San Jose Sharks in exchange for a fourth-round pick in the 2024 NHL Entry Draft.

The VGK took a hit earlier this month when it was announced that starting goaltender Robin Lehner would be lost for the season due to a hip injury, which left the team with only Logan Thompson and Laurent Broissoit as options.

🔄 The Golden Knights have acquired goalie Adin Hill from San Jose in exchange for a 2024 fourth-round pick.

💻 McCrimmon on Adin Hill: He's got room left in his development to continue to improve and impress as a goaltender. pic.twitter.com/0so11riLhR

Hill, a native of British Columbia, spent the 2021-22 campaign in San Jose and appeared in a career-high 25 games with the Sharks, posting a 2.66 GAA and .906 save percentage with two shutouts. Before his time in San Jose, Hill played four seasons with the Coyotes after being drafted by Arizona in the third round (76th overall) of the 2015 NHL Entry Draft.