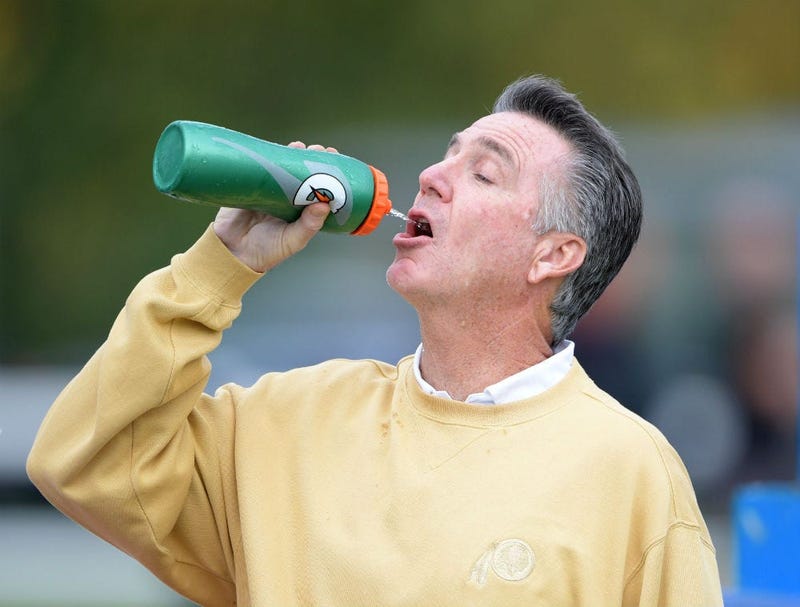 Bruce Allen is the name on the lips (and at the Twitter fingers) of every Redskins fan this offseason.

The question: What will become of the much-maligned Redskins team president?

Will Allen migrate to a new role within the Redskins? Will he remain entrenched atop the football side of the organization? Or will Redskins owner Daniel Snyder fire Allen outright?
Nothing ever seems out of the realm of possibility with the Redskins: Snyder was "furious" with Allen in April 2018 and kept him on. He was still furious with him in December and Allen remained in place.

Does that mean change come January?

Friday, The Washington Post's Redskins reporter Les Carpenter wrote there are rumblings that Allen may be taking on a new role:

"Also uncertain is who will be running the front office. Some NFL agents in regular contact with the team have suggested that Bruce Allen, the team president, might move from overseeing football operations to the business side after Snyder recently fired Brian Lafemina from his position as president of business operations and chief operating officer. They believe it’s possible that senior vice president of football operations Eric Schaffer would take a larger role."

Schaffer, the Redskins Senior VP of Football Operations, has been with the team for more than 16 years. And when Schaffer was rumored to be a candidate for another team's president of football operations role, a source told 106.7 The Fan's Chris Russell losing Schaffer would be a "death blow" to Snyder.
Lafemina, who was dumped by the team after less than eight months on the job, was brought in to overhaul the team's fractured relationship with the fan base. That makes it tough to see Allen being a success in a business-side role in which he must at least partially serve as a public ambassador to the fans.
With head coach Jay Gruden returning for the 2019 season, the Redskins will have some continuity if this is to be an offseason of change in the front office.
However, any change seems unlikely. USA Today NFL columnist Mike Jones called Allen a "master" at finding a scapegoat. And Russell said after Lafemina's firing, Allen had "won the war" within the organization.

But this is still the Redskins: Anything could happen.