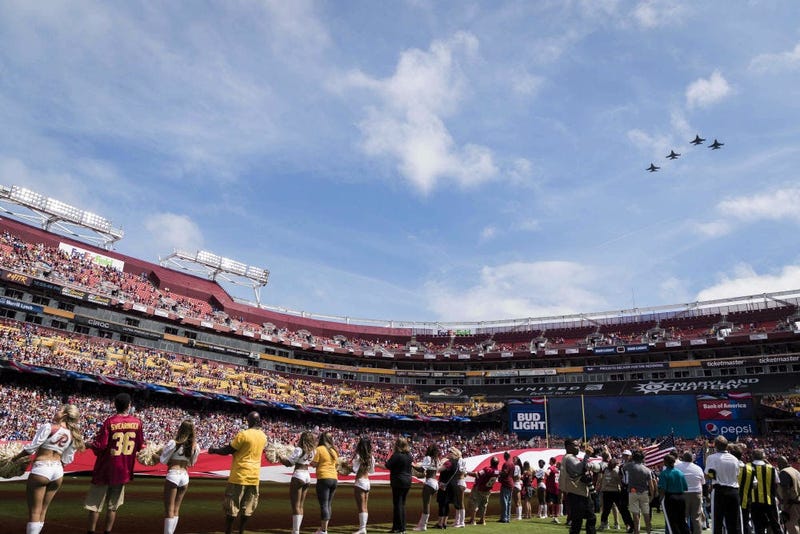 If Redskins owner Dan Snyder can’t find a local option for his new stadium in 2027, many fans say let him relocate the franchise in return for an expansion team.

That’s right, pull the old Cleveland Browns reboot. When Art Modell moved the Browns to Baltimore to become the Ravens in 1996, he left behind the team name and history while the NFL pledged to return football to the city with an expansion team.

It has happened before in Washington. The Senators left to become the Minnesota Twins in 1960 and come the next spring the expansion Senators were here.

But the Redskins moving? Well, Cleveland and the Baltimore Colts were just as much a part of their cities as the Redskins are in Washington and left for better deals.

My Twitter poll saw 72 percent of more than 3,200 votes (triple a normal good response) willing to let the team leave and miss a few seasons of football until a new team came rather than keep the current team.

POLL: Would you accept the old Cleveland Browns deal of Redskins leaving and an expansion team arriving a few years later?

Now Twitter is the land of the angry so surely the general public doesn’t overwhelmingly feel that way. The Redskins have been in Washington since 1937 and the city’s dominant team since the second Senators left in 1971. With no baseball until the Nationals arrived in 2005 and the Redskins winning three championships from 1983-91, football was the town’s overwhelming unifier and passion.

But 26 years of mediocre-at-best football and an owner than has badly mismanaged the team since buying the Redskins in 1999 have left only a fraction of die-hard fans. Say good bye to the 200,000-waiting list and hello to visiting fans often owning FedEx Field.

Now that Maryland and Virginia no longer appear interested in a costly deal for a new stadium when FedEx Field’s deal ends in 2027, the District has added leverage. But, the city only leases the RFK site from the federal government and would need to extend the lease to attract the Redskins. Meanwhile, there will be heavy political opposition on Capitol Hill over signing over federal land to a billionaire owner while nearby residents are adamantly against the stadium.

It’s a long shot Snyder won’t somehow come to a deal somewhere around Washington, but his predecessors Jack Kent Cooke and George Preston Marshall both considered leaving before cutting new stadium deals. The process is that tiresome.

So my poll asked fans would you be willing to say good bye to a franchise that can’t stop fumbling itself into poor seasons for a chance at a fresh start should Snyder relocate the team.

The most popular response was do it – do it now if possible.

It seems loyalty can end both ways.