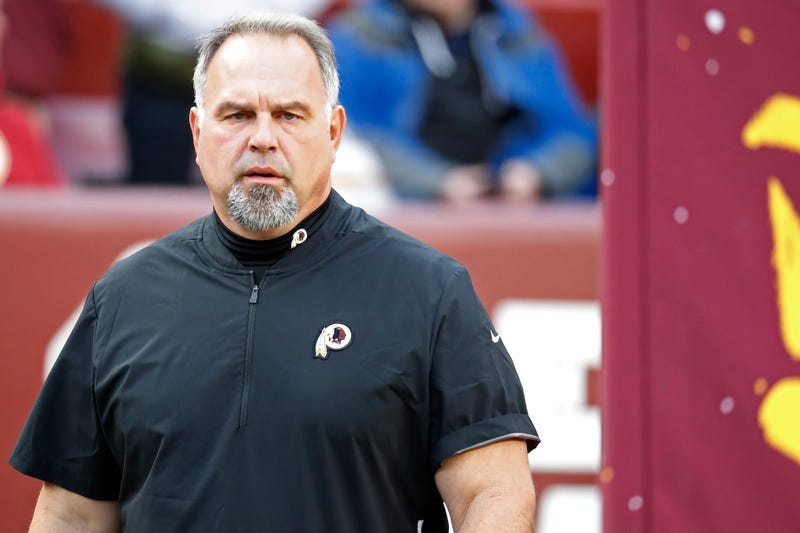 The Redskins finished their fact-finding mission with a simple truth – nobody wants to be their defensive coordinator. After all, NFL coaches can smell blood.

After reportedly talking to former head coaches Todd Bowles, Steve Wilkes and maybe Gregg Williams over their potential opening, the Redskins are keeping their much-maligned coordinator Greg Manusky, according to The Washington Post. Coach Jay Gruden said the team was merely picking the brains of opposing coaches for “different perspectives.”

Sadly, even Gruden has succumbed to the Redskins Way of doubletalking.

Why in the world would other coaches want to help the Redskins with fresh ideas? That alone discredits the team’s pretense of keeping Manusky all along.

Manusky did a shaky job, no doubt. The defense played well in some games, was awful in others and 50/50 is not acceptable. That the former defensive captain openly complained over Manusky’s play calling was wrong to do, but wasn’t a wrong thought. The Redskins could never stop a sideline pass. Linebackers never realized there was more field outside of them.
But here’s the box Washington is trapped in – the coaching staff are lame ducks. Unless the team makes the playoffs this fall, owner Daniel Snyder will likely fire everyone and start anew. So, who wants to come on a one-year deal? Nobody with any options.
Meanwhile, several assistants have been looking elsewhere for work with special teams coach Ben Kotwica leaving. That’s another sign they expect to leave next year.

Uncertainty at quarterback clouds everything. The Redskins privately don’t expect injured veteran Alex Smith to return and can’t afford a replacement. Maybe they’ll draft one, but how many rookies make an immediate impact? A few, but for every Robert Griffin III rookie year, there are 10 busts.

The Redskins probably won’t gain much defensive help, but with a strong young line and decent personnel throughout, they should be better than last season. That’s on Manusky. He’ll get a second chance, but not a third.

music
Sum 41's Deryck Whibley on 20 years of 'All Killer, No Filler,' and the moment they missed with DMX
music
7 Pop songs you need to hear right now
news
College students rescued from boat made of kiddie pools
news
FDA authorizes Pfizer vaccine for emergency use in kids 12-15
music
Jameson Rodgers recalls Luke Combs sliding into his DMs
music
Jake Owen is on a mission to introduce younger fans to the music of his idols
<svg width="308" height="109" viewBox="0