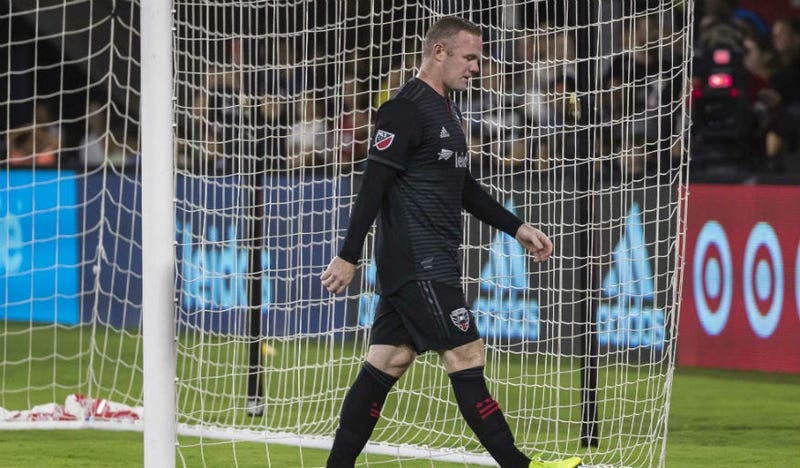 The old rivals from the old days, the New York Red Bulls came to Audi Field and left with all three points in an all-action game with a 2-1 win on a controversial penalty in the 59th minute.
But while the score was close, the home side have themselves to blame due to some self-destructive behavior from captain Wayne Rooney.
Rooney, who is set to leave MLS at the end of the 2019 campaign to join Derby County, saw red after just 24 minutes of play after VAR ruled he used his forearm to shove Red Bulls' Cristian Casseres Jr. while defending a corner kick.

Rooney sent off for this after Video Review pic.twitter.com/mMGZDVAM6X

Rooney, obviously, wasn't a fan of the call.

“Anyone who knows the game of football can see what the intent was,” Rooney said, via The Washington Post. “It was to try to ease the player out. And referee saw it as a red card, and so I’m very disappointed.”
Already down a goal, United caught a break at the end of the first half when referee Ismail Elfath showed a red to New York's Amro Tarek to leave both sides with just 10 men. And ten minutes after the interveal, new United signee Ola Kamara scored his first goal with a fantastic strike from just outside the box.

“Big, big moment in the game,” Olsen said. “And I thought he got it wrong.”

The penalty was converted and the old rivals from the old days took home the win.