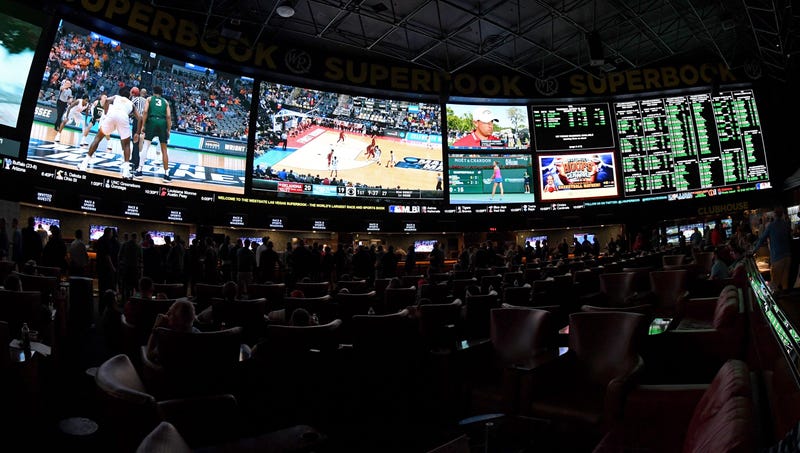 Imagine the Washington Redskins are leading by six in the final seconds with the ball on the opposing two-yard line. The team takes a knee rather than kick a field goal.

The Redskins win, but don’t cover as seven-point favorites. Fans boo as bewildered players head to the tunnel. Fans are unhappy they lost their bet. Players are unhappy that fans didn't appreciate the victory.

The Supreme Court overturned a federal ban on sports gambling on Monday. This is huge. It will ripple through the years and be remembered as the day everything changed.

Now, some fans already gamble in Nevada or offshore. But now you're going to see the sports version of OTB parlors everywhere like they are in London. Everything from college lacrosse to the NFL will be in play and it's going to be nothing but sadness in the end.

The love of sports was just traded for love of money. And money ruins everything.

Take horse racing, for instance. Without betting, it would just be a bunch of horses running past an empty grandstand. Nobody would go if they couldn't bet on it. That legendary love of horses? It's contained mostly to those who work with the animals. Joe and Bob in the grandstand don't care about the horses. They only care about their bets.

Now transfer that indifference to human sports and see how gambling transfers all the love of the game to a simple wager. Maybe the analytics nerds have won, though I suspect they're about to painfully learn the game is more than a number. Horse racing players have been trying for decades to boil a horse's entire effort into a number only to find it doesn't succeed any more than other methods.

Think fantasy sports dehumanized sports? You haven't seen anything, though maybe the end of fantasy sports. Fantasy is a form of gambling and a mild one that will be washed away by real gambling. No wonder Draft Kings, that rules fantasy sports, immediately said after the court's ruling that it's getting into sports gambling. Fantasy sports will become the new bingo of betting.

Americans have a right to wager or do whatever they want with their money. I'm not opposing that. But here's the caveat – it will change you forever as a sports fan . . . for the worse.